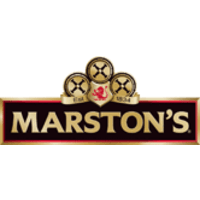 Marston’s PLC (LON: MARS) has announced it has reached agreement for the disposal of 137 pubs for £44.9 million to Admiral Taverns. This disposal is in line with Marston’s plans to reduce its debt in part through the disposal of certain non-core assets. The assets being disposed of are smaller wet-led leased, tenanted and franchised pubs. The deal is expected to complete before the end of November.

The pubs being disposed of contributed EBITDA of £4.8 million and operating profit of £3.7 million for the year to 28 September 2019. The pubs have a book value of £62.6 million. The disposal will result in average profit per pub in the retained estate increasing by around 7% and return on capital improving by 0.2% post the transaction.

“We are making good progress with our plans to reduce our net debt by £200 million by 2023 in part through the disposal of non-core assets. We are encouraged by the level of market interest that this portfolio of pubs has attracted. This further underpins our confidence in achieving the accelerated £70 million disposal proceeds target that we have set ourselves for the current year. We remain focused on our stated objective of reducing our net debt by £200 million by 2023 or earlier, and thereafter operating a high quality business generating consistent net cashflow, after dividends, of at least £50 million per annum.”

You can read the full MARS archive by clicking the EPIC code.