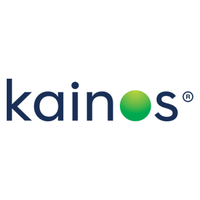 Dr John Lillywhite has informed the Board of his intention to retire as Chairman and Director of Kainos Group plc (LON: KNOS) at the conclusion of this year’s Annual General Meeting on 26 September 2019 and will therefore not be standing for re-election as a Director.

John was instrumental in the creation of Kainos in 1986, a joint venture between ICL (now Fujitsu) and Queen’s University Belfast. He was appointed Chairman in 1998, leading the company to IPO in July 2015 and has continued to serve as Chairman of Kainos as a public company since that time.

“Having worked closely with John over the past 20 years, I have seen first-hand the skills and experience that John has brought to his role as Chairman – both as a private company, and over the last four years as a public company. That skill is reflected in the growth of Kainos and the strong performance across the financial and people-based metrics of our business. As a company we are incredibly grateful for the leadership that he has demonstrated and the support that he has provided to Kainos and to the people that have worked closely with him.”

“It has been a great pleasure for me to be involved with Kainos since the very start, when it was just an idea, and to see it grow into the significant business that it is today. Throughout that period of time the company has been successful by delivering on our commitments – to our people, to our customers and to our shareholders. I continue to be excited by the future prospects for Kainos and I look forward to seeing the company achieve that potential in the years ahead.”

The Board has initiated a search for John’s successor.

You can read the full KNOS archive by clicking the EPIC code.