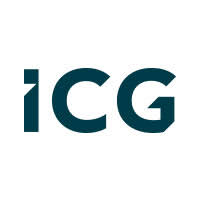 The Board of Intermediate Capital Group (LON: ICG) announced today that Lord Davies of Abersoch has been appointed as a Non-Executive Director and Chairman-Designate of the Company (both subject to regulatory approval). Lord Davies will join the Board once regulatory approval is obtained and will subsequently replace Kevin Parry OBE who, as previously announced, will step down after ten years of service in accordance with the revised Corporate Governance Code.

Lord Davies is currently Senior Independent Director of Diageo plc and Chairman of Corsair Capital LLC, a private equity firm focused on growth opportunities in financial services. He has extensive experience in the financial services sector, culminating in his roles at Standard Chartered as Group Chief Executive and, subsequently, Chairman. In addition, he has wide-ranging governance experience having served on the board of a number of significant companies, charities and other bodies.

Lord Davies has operated in many jurisdictions and served as Minister of State for Trade, Investment and Small Business during the Labour government of 2009-2010. In September 2010 he was appointed by the UK government to review gender equality on the boards of listed companies, delivering a series of reports which helped drive an increase in diversity across UK boardrooms.

ICG’s Nominations and Governance Committee, led by the Senior Independent Director, Andrew Sykes, conducted the search for a replacement for Kevin Parry. The Company anticipates that regulatory clearance will be received later this year, following which Kevin Parry will step down from the Board after an appropriate handover period and Lord Davies will at that point assume the role of Chairman.

“We are delighted to announce the appointment of Lord Davies following a wide-ranging search. The breadth of his experience, in both public and private companies, will be of great value to ICG as we continue our growth strategy. We look forward to him joining the Board.”

“It is an honour to have been asked to join the Board of ICG as its Chairman and to succeed Kevin Parry. The Company is very well positioned, delivering strong growth and over the last 10 years a total shareholder return of over 1000%. I look forward to working with the Board and management team to support the continued delivery of their ambitions. I am grateful to Kevin for his insights into the Group and wish him well for his next appointment.”

“I am proud of what has been achieved at ICG during my 10 years on the Board, the last three of which I have spent as Chairman. It has been thoroughly enjoyable overseeing the Group’s transition to a leading global alternative asset manager on the verge of entering the FTSE100. Working closely with two CEOs, we have increased significantly shareholder value. I leave the Company in the very capable hands of Benoit Durteste and his management team. I wish the Board and whole ICG team every success for the future.”

You can read the full ICG archive by clicking the EPIC code.