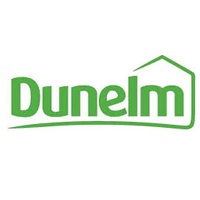 Total like-for-like (LFL) revenue for the fourth quarter increased by 15.4%, reflecting strong underlying growth in stores and online, the benefit of a weak comparator period last year and favourable weather this year.

“In the year that Dunelm turned 40, we are delighted that both new and existing customers continue to respond positively to our evolving offer. The strong growth in the final quarter, and the year as a whole, demonstrates that in a rapidly changing marketplace, the broad appeal of Dunelm’s purpose ‘to help everyone create a home they love’ is resonating well.

“We continue to invest in the business, particularly in strengthening our digital capabilities and reaching more customers through our brand marketing initiatives.

“Looking forward, as the UK’s leading homewares specialist, we see significant opportunity for continued growth both from our stores and online, whilst maintaining our improved operational discipline. In the short-term, we remain cautious about the uncertain political climate and the impact it may have on consumer spending, but expect to make further progress in the year ahead and are confident about the Group’s longer-term prospects.”

In the fourth quarter, gross margin increased by approximately 240bps at Group level. Core Dunelm margin improved by 200bps in the quarter, driven by better sourcing and a lower level of end of season clearance compared to the same period last year. Sales from the Worldstores businesses were a smaller proportion of total revenues in Q4 FY18, and therefore the positive margin impact of closing these dilutive websites was reduced to 40bps in the quarter.

For the full year, we expect total Group margin to have improved by approximately 160bps, with core Dunelm margin improving by around 100bps.

The group continues to be highly cash generative. As at 29 June 2019, net debt was £25.3m (FY18: £124.0m) and weekly average net debt during the second half of the year was £20.6m. Net debt was lower than expected due to higher operating profits, positive working capital management and the timing of capital investment at year end.

We are continuing to progress the phased roll-out of our new digital platform. We will fully transfer onto the new platform during FY20, proceeding carefully through the beta phases in order not to disrupt the strong growth on the existing website.

During the quarter, we continued to invest in raising brand awareness. A re-run of the ad-funded Back to Mine programme on ITV1 in April and additional marketing spend in May gave us a strong run in to our Summer Sale campaign. Our sponsorship of This Morning continued throughout the period.

We will implement IFRS 16 ‘Leases’ for the financial year ending 27 June 2020 (FY20). We anticipate that this new standard will result in a reduction of profit before tax of approximately £3m, with no cash impact. EBITDA is expected to increase by c. £50m. We will provide detailed guidance on the impact of the new standard in the preliminary results in September.

Additionally, once the new digital platform is fully launched, we will expense the majority of digital development costs in the P&L (previously capitalised as we went through the build phase). This change reflects that once the platform is fully operational, the digital development team will be constantly improving the customer experience and therefore it will be more difficult to attribute these costs to separately identifiable future economic benefits. We estimate this additional cost in the P&L will be approximately £5-7m in FY20; this is in line with our previous expectations. We note that the total cash spend (capex and P&L opex) for Technology will remain broadly in line with FY19.

You can read the full DNLM archive by clicking the EPIC code.

Dunelm Group plc ahead of the Board expectations