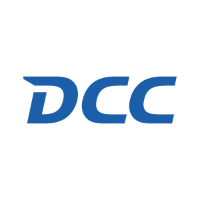 DCC plc A year of significant growth and development

· Excellent performance for the year, notwithstanding the mild weather conditions, with Group adjusted operating profit on continuing operations increasing by 20.1% to £460.5 million. All divisions of DCC recorded very strong profit growth.

· Adjusted earnings per share on continuing activities up 12.8% to 358.2 pence, reflecting the equity placing completed during the year.

· With approval of this year’s final dividend, DCC will have recorded 25 years of unbroken dividend growth since listing in 1994. A proposed 13.7% increase in the final dividend will see the total dividend for the year increase by 12.5%.

· Excellent cash flow performance, with free cash flow conversion of approximately 94% and a return on capital employed of 17.0%.

· Another active period of development for DCC with approximately £370 million of capital committed to acquisitions. Approximately £90 million of new acquisition commitments announced today, including Pacific Coast Energy, DCC LPG’s first material follow-on acquisition in the US and DCC Technology’s acquisitions of Comm-Tec in Germany and Amacom in the Netherlands, strengthening its European presence.

· The Group expects that the year ending 31 March 2020 will be another year of profit growth and development.

4 After net working capital and net capital expenditure and before net exceptionals, interest and tax payments

“I am very pleased to report that the year ended 31 March 2019 has been another year of significant progress for DCC. An excellent trading performance, very strong cash generation and continued acquisition activity across the Group exemplifies the DCC business model. I am particularly pleased that each division recorded very strong growth in operating profit and traded in line with expectations, given the mild weather conditions experienced during the year.

It has been another active year from a development perspective and we have committed approximately £370 million to acquisitions during the period. Each of the new acquisitions announced today are good examples of our divisional strategies in action. DCC LPG’s acquisition of Pacific Coast Energy, our first material bolt-on in the US LPG market, will strengthen our position in the north-west of the US, helping to build further scale in that region. Similarly, DCC Technology’s acquisition of both Comm-Tec and Amacom significantly enhances our business in Continental Europe and will strengthen our relationships with suppliers and customers in the region.

Following the equity placing completed during the year, DCC has a very strong and liquid balance sheet, leaving the Group well placed to continue its targeted acquisition strategy. The Group continues to have the platforms, opportunities and capability for further development across each of our four divisions.

We expect that the year to 31 March 2020 will be another year of profit growth and development for the Group.”

It has been another year of significant growth and development for DCC, with total acquisition commitments in the last twelve months of approximately £370 million. This includes £90 million of new acquisitions being announced today. In addition, DCC has also recently reached agreement with Shell Aviation to create a new branded aviation marketing and distribution business in Denmark.

In April 2019, DCC LPG acquired Pacific Coast Energy, an LPG distribution business operating in the north-west of the US, based on an enterprise value of £30 million. The business trades under a number of brand names, including Pacific Coast Energy, Sunshine Propane and Pioneer Propane. It has an established base of residential and commercial customers which it services from five well-located facilities in Washington and Oregon.

DCC LPG entered the US market for the first time in 2018 through the acquisition of Retail West, which has a strong market position in Kansas, Illinois and Indiana and a modest presence in seven other states, including Washington and Oregon. The acquisition of Pacific Coast Energy, DCC LPG’s first material bolt-on acquisition in the US market, will provide an enlarged presence in this attractive regional market and is consistent with DCC’s strategy to develop a significant LPG business in the large and fragmented US market.

DCC Retail & Oil completed a number of small complementary bolt-on acquisitions during the period, primarily in the lubricants and retail sectors. These acquisitions have been successfully integrated into the existing businesses.

In March 2019, DCC Retail & Oil’s Danish business agreed to create a new branded marketing and distribution aviation business with Shell Aviation. The relationship will involve Shell Aviation purchasing an interest in DCC’s existing Danish aviation business, which is already the largest supplier of aviation fuel in the country. The relationship will combine DCC’s local presence and supply infrastructure with Shell’s global expertise in aviation and capabilities in jet fuel production and supply. The business will supply national and international airlines with aviation fuel from seven Danish airports. The transaction represents DCC’s first equity partnership with Shell.

DCC Technology recently agreed to acquire Comm-Tec, a leading value-added distributor of Pro AV and IT products to system integrators and resellers across Germany, Austria, Switzerland, Italy and Spain. The business recorded revenue of €90 million in its most recent financial year and employs 150 people.

The acquisition of Comm-Tec represents a material extension of DCC Technology’s Pro AV offering in Europe and is consistent with its strategy to extend the geographic footprint and product range of its successful and growing Pro AV business, strengthening its position with existing suppliers, while also broadening its base of customers and suppliers.

In May 2019, DCC Technology agreed to acquire Amacom, a leading distributor of consumer electronics, AV and IT products, primarily to the retail and e-tail sectors in the Netherlands. The business recorded revenue of €160 million in its most recent financial year and employs approximately 80 people at two locations, including a new warehouse facility that opened in 2018. The business has grown successfully in recent years, enabled by its strong operating and IT infrastructure.

The acquisition of Amacom is highly complementary to DCC Technology’s existing operations in Continental Europe. Amacom will provide DCC Technology with an efficient distribution footprint in the growing Dutch market and an attractive portfolio of product categories and suppliers, leveraging the division’s current capabilities and providing opportunity for further growth in the region.

The combined initial enterprise value of Amacom and Comm-Tec is approximately £55 million and both acquisitions are subject to customary regulatory approvals.

DCC has also completed a number of small bolt-on transactions across each division in the period.

“The acquisitions announced today are good examples of our divisional strategies in action. DCC LPG’s acquisition of Pacific Coast Energy, our first material bolt-on in the US LPG market, will strengthen our position in the north-west of the US, helping to build further scale in that region. Similarly, the acquisition of both Comm-Tec and Amacom significantly enhances our business in Continental Europe and will strengthen our relationships with suppliers and customers in the region.

The Group’s market leading positions, increased geographic presence and strong and liquid balance sheet provide DCC with the platforms, opportunities and capabilities to build the Group into a global leader in its chosen sectors.”

You can read the full DCC archive by clicking the EPIC code.

DCC Q1 trading resilient and ahead of the Group’s expectations

© 2020 - DirectorsTalk Interviews. All rights reserved. Reproduction in whole or in part, in any form or medium without express written permission is prohibited.
<script type='text/javascript' src='https://www.directorstalkintervie