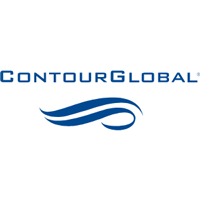 ContourGlobal Plc (LON:GLO) today announced that Stefan Schellinger will join the Board as Group Chief Financial Officer with effect from 15 April 2019.

Stefan was Group Finance Director of Essentra plc from 2015 until 2018, having joined the company as Corporate Development Director in 2013. Prior to this, he was Finance Director – Emerging Markets at Gilbarco Veeder Root and Director, Corporate Development – Europe at Danaher Corporation. Stefan has previously worked as Vice President in investment banking at JP Morgan and started his career in accountancy at Arthur Andersen.

ContourGlobal is pleased to announce that Mariana Gheorghe has been appointed as an Independent Non-Executive Director of the Company with effect from 30 June 2019. Mariana’s membership on the Board Committees will be considered in due course.

From 2006 to 2018, Mariana was Chief Executive Officer and President of the Romanian oil and gas company OMV Petrom which is part of the Austrian-listed OMV Group. Mariana led OMV Petrom’s transformation following privatisation and oversaw its entry into electricity generation.

Prior to this, Mariana held a number of senior finance roles, including working as an international banker for the European Bank for Reconstruction and Development based in London and as Deputy General Director for the Romanian Ministry of Finance. She is currently a member of the Supervisory Board of ING Group and ING Bank, based in the Netherlands, a position she has held since 2015.