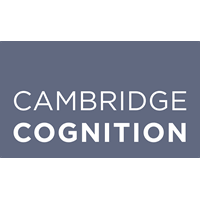 Q1: First of all, congratulations on winning the eCOA contract, Steven can you provide us with some detail around the background to this?

A1: Yes, certainly. Cambridge Cognition is a developer and marketeer of computerised cognitive assessments, these are used to measure outcomes of certain clinical trials particularly in the neuroscience space. In other words, our tests are used to decide whether a potential drug is working and whether in fact a potential drug is having any negative side effects upon cognitive function, cognitive function being primarily memory and reaction time.

Over the course of the last year or so, a number of our customers have said that of course they are measuring a number of other parameters as well as measuring cognition. What they wanted to do was run all of those other outcome measures which are often relatively simple questionnaires, but they wanted to be able to run them also in a computerised or digital form alongside our cognitive tests and on the same platform.

Earlier in the year we started, on request, to provide a unified set of outcome measures, cognitive measures but other so-called eCOA measures, electronic clinical outcome assessments, put them all together on the single platform. What this really denotes is that we have built in CANTAB Connect, our computerised platform, we’ve built a very robust platform that can support a variety of different tests.

So, that’s really the origins of how we got to this point and the latest partnership and contract really is the high point to date for this approach where we’re providing not just cognitive assessment but also other digitised clinical outcome measures.

Q2: How will this new pharmaceutical partner be using your technology?

Q3: Now, you decided to change the strategy by increasing the capabilities of the CANTAB Connect platform, how is this benefiting the company?

A3: Well, the benefit to the company is several-fold. The first one, it clearly enables us to provide a broader service and a broader offer to our customers. It benefits the customers because they can centralise a number of different tests onto a single platform and so, integrate their data easier rather than have to run tests on lots of different devices and then combine data at a later stage. So, you see the back office piece of what we do, the data integration becomes a lot easier for the customer. From a purely commercial position, clearly it enables us to bid for larger contracts and also contracts in areas where perhaps we weren’t able to go previously.

This is very much in response to requests we received from our pharmaceutical customers who recognise the robustness of the CANTAB Connect platform which is our cloud-based platform.

Q4. Would you expect further progress in the coming months for clinical outcomes assessment-based contracts for Cambridge Cognition?

A4: We see this as a continuing trend so, within the industry, a requirement to centralise more and more different types of tests onto a single platform rather than running lots of different devices and platforms so that centralisation is a key trend. It’s something we are actively engaged in, understanding with our customers of how we can combine more types of tests onto the single platform alongside our cognitive tests, not only understand how we can do it but obviously implemented.