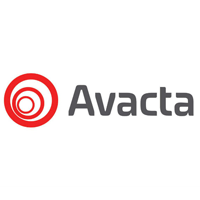 Avacta Group plc (LON:AVCT) Chief Executive Officer Alistair Smith caught up with DirectorsTalk for an exclusive interview to discuss the significance of the latest RNS.

Q1: First off, could you explain the significance of your latest announcement about selecting the Affimer candidate for first time in human clinical trials?

A1: For a new platform like Affimers de-risking is a critical milestone for potential partners and therefore, first time in human tests of the platform represents a major de-risking of a new technology which can only improve the number and size value of licensing deals, partnering deals that we can do.

So, it’s a key milestone and the fact that we have been able to select the candidate Affimer for development allows us to stay on track for an IND filing at the back end of 2020 and dosing patients in Phase I shortly afterwards.

Q2: What’s the long term plan for developing immunotherapies with a PD-L1 inhibitor?

A2: There are, obviously, a number of PD-L1 and PD-1 inhibitors on the market so another inhibitor of this particular pathway is unlikely to have real clinical or commercial value on its own so, as I say, the primary objective was to get human data for the platform with a low target risk biology. However, TMAC drug conjugate programme and the bispecific’s that we are developing will be based around PD-L1.

So, PD-L1 Affimer will give Avacta Group a proprietary basis, or backbone, for developing quite novel bispecific’s and drug conjugates which will add considerably, and therefore commercial, value to our pipeline.

Q3: You mentioned the TMAC drug conjugate programme, last week Avacta Group announced that the TMAC linker was going to be tested in humans in the first half of next year which is much sooner than was expected. Could you talk us through that planned clinical trial please?

A3: Again, it’s critical to test that linker which is a key part to the TMAC platform in human as soon as possible. As we’ve just been discussing, we’ll have human data for the Affimer platform very late 2020, probably early 2021, and we already have a considerable amount of data from our collaboration with Tufts University on the first chemo-toxin that we’ll put into the first two TMAC molecule; the I-DASH inhibitor.

The linker, and its performance in human, is obviously a key piece of data that we need to obtain so we have compelling data in animal models but of course, you don’t know until you get into human trials whether they will be reflected in the performance in man, in human. So, it’s key to de-risking the TMAC platform to get that human data as soon as possible.

We had expected that would be as part of a full TMAC drug conjugate but what we have realised, again through our collaboration with Tufts, what we’ve been able to access and be able to do is to test that linker before we actually have a full TMAC drug conjugate ready to test in human. That is because the linker itself makes a chemo-toxin, a chemotherapy such as Doxorubicin, inactive by preventing it from entering cells.

So, by just attaching the linker to a chemotherapy like Doxorubicin, that should be inactive and harmless, as it were, before the linker is cut in the tumour microenvironment. So, there should be tumour-specific release of active Doxorubicin using this TMAC linker, Doxorubicin Prodrug it’s referred to as.

So, it gives us a relatively straightforward way of testing whether the linker works in human using a Doxorubicin Prodrug. The read-out is a straightforward efficacy read-out because if the linker works and is cleaved in the tumour microenvironment then active Doxorubicin will be released, there should be a reduction in tumour size which is obviously the outcome that’s being south and