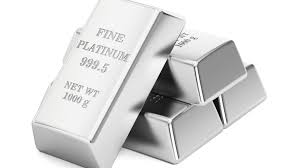 The Board of Anglo American Platinum Limited announces the appointment of Natascha Viljoen as CEO, with effect from 16 April 2020, following Chris Griffith’s decision to step down after more than seven years to pursue other career opportunities.

Norman Mbazima, Chairman of Anglo American Platinum, said: “I am delighted to welcome Natascha Viljoen as CEO of Anglo American Platinum. Natascha is a seasoned senior executive, bringing 28 years of operational experience from across our mining industry, spanning many different countries, metals and minerals including, of course, the PGMs. She knows us and our business well, having worked with our executive team over the last five years in leading the changes required to transform the performance of – and commercial value from – our processing operations.”

Ms Viljoen is currently Group Head of Processing for Anglo American, a role she has held since 2014. In that role, she has led a trusted global team that has unlocked value across Anglo American’s processing operations safely and with a long term perspective, recognising their critical commercial place in the mining value chain.

Prior to joining Anglo American, Natascha was Executive Vice President of Processing at Lonmin while also leading the company’s sustainability, employee health, environmental and stakeholder relations work at various times. Natascha began her career as an engineer at Iscor and, amongst other roles, took on leadership positions at AngloGold and was General Manager of BHP’s Klipspruit Colliery before joining Lonmin in 2008.

Under Natascha’s leadership, her team has successfully leveraged and accelerated technology development and deployment to unlock the full potential of mineral endowments through processing, delivering significant financial value and competitive advantage. She and her team are recognised for their work in developing Coarse Particle Recovery technology which enables the separation of metals from rock using a fraction of the energy and water of traditional methods, while increasing throughput and productivity.

Natascha Viljoen said: “I feel really excited to take on my new role at Anglo American Platinum and I am fortunate to inherit a business in such a strong position. Chris Griffith has reshaped our PGMs portfolio to be fit for the future and I believe we now have an opportunity to re-imagine how we operate – in our mines and our host communities. It is also our responsibility to build upon the wide variety of applications for our platinum group metals that already play a critical role in so many areas of modern life, from clean transport and energy, to health and jewellery, of course.

“Safety is paramount, always, while building a purpose-led high performance culture with stakeholders front of mind is critical to the future of our business. We will work to ensure that what we do and the benefits we bring for all our stakeholders are sustainable in every sense.”

Anglo American update on their response to COVID-19