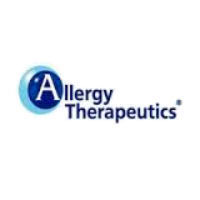 1st half reported revenues ahead of expectations for Allergy Therapeutics plc

Allergy Therapeutics plc (LON:AGY), the fully integrated specialty pharmaceutical company specialising in allergy vaccines, today provides an update on trading for the six months ended 31 December 2016 ahead of its unaudited interim results to be announced on 29 March 2017.

Reported revenues for the six months ended 31 December 2016 are expected to be £40.4m (2015: £29.0m), representing 17.9% organic growth at constant currency* (39.3% growth on a reported basis, aided by the impact on euro revenues of the weak pound). This growth reflects continued strong momentum across the majority of the Company’s key markets. In a flat European market, the Company is fuelling its growth by increasing market share in most of its key markets. The main contributions in terms of net sales growth were generated in Germany, Austria, Spain and The Netherlands. In terms of products, growth is being provided across the whole portfolio, with the Company’s ultra-short course aluminium-free therapies being the main contributor. The Board expects continuing growth in the second half of the year.

The strength of the euro against sterling has also led to higher overheads and R&D costs as most of these costs are incurred in continental Europe in euros but are reported in sterling.

Further to the Company’s announcement on 27 June 2016, the Company has held discussions with the US regulatory authorities in relation to its US Grass MATA MPL programme and is proceeding as planned with the safety trial (G104) in the USA and the Phase II conjunctival provocation test dose selection study (G205) in Europe in 2017, ahead of the planned pivotal Phase III trial (G306).

Commenting on the positive trading update, Manuel Llobet, Chief Executive Officer of Allergy Therapeutics plc, said: “The Company’s progress continues according to our long-term plans both in gaining market share in our main territories and with our clinical development. Our 18% top line organic growth in real terms reflects the quality of our products, technology and team, and the underlying convenience of our ultra-short course vaccines. We are excited by the prospects of the Company as we continue expanding our operations in Europe, progressing our development pipeline and moving forward with a world-class portfolio of allergy vaccines. We are confident about the full year and look forward to updating shareholders on further progress throughout 2017.”

Zeus Capital said that the company has highlighted a period of strong growth in revenue, driven through gains in market share and also currency movements. AGY anticipates that it will report H1 revenues of approximately £40.4m (we had expected £35.4m). Importantly, the company has confirmed that its clinical development plans as outlined last year for Pollinex Quattro (PQ) Birch and PQ Grass have been agreed with regulators in Europe and the USA. The company had cash of £27.8m at December 31st 2016. We have revised our financial forecasts for the coming years with increases in sales and gross margins as well as overheads. Our risk-adjusted fair value estimate now stands at 69p per share (previously 66p).
Sales: During the period sales are expected to have grown to approximately £40.4m (39.3% growth ‘as reported’, 17.9% at constant currency) driven by a number of separate factors. Firstly, in broadly flat markets AGY continues to gain market share in Germany, Austria, Spain and The Netherlands based on the strengths of its PQ-based vaccines. Secondly, market share has grown following certain weaknesses experienced by key competitors in Europe including Allergopharma (continuing to lose market share through strategic organisational uncertainties), ALK (injectable vaccine supply constraints following investments necessary to upgrade manufacturing facilities), and Stallergenes (French manufacturing issues led to loss of market share which has not been regained from AGY, particularly in the UK). Thirdly, Euro strength against GBP has favoured AGY’s sales, the majority of which are Euro denominated.

Margins: We expect gross margins to have increased given that the majority of Cost of Goods for its PQ-based named-patient products relates to labour costs in Worthing (UK). Raw materials, even those imported from outside the UK, represent only a small portion of product costs.

Overheads: Currency movements during the period are also likely to have affected overheads, much of which are also Euro denominated including R&D (mainly conducted in European countries) and Sales, Marketing and Distribution (around 90% in Europe).

Forecasts: With these movements in mind, we have revised our sales and overhead forecasts for FY2017 (to June 30) and subsequent years as shown opposite. In addition, we have increased our R&D spending forecasts reflecting the new certainty of development with confirmation of acceptance by the regulators for the company to go ahead with its clinical trials as planned.

Comment: Allergy Therapeutics plc full year is normally heavily H1 weighted as this is the peak prescribing and treatment period for seasonal allergies in Europe. The indicated H1 sales performance, which the company will report in more detail on March 29th, has been stronger than expected and operationally, the company is now positioned to enact its clinical development plans for PQ Birch (phase III in Europe) and PQ Grass (phase II in the USA) following agreement with the respective regulators. Our revised forecasts take into account the improved market share of AGY in many European countries which we believe are likely to continue to grow based on the competitive strengths of its product portfolio. The company has invested significantly in its European subsidiaries and we believe this should enable it to continue to trade successfully in the longer term following the UK’s eventual separation from the EU. Ultimately however, we expect more than 50% of the company’s revenues are going to be derived from product sales in non-EU markets, particularly the USA.

You can read the full AGY archive by clicking the EPIC code.