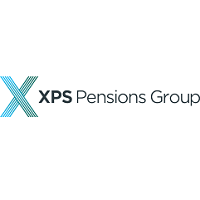 The proposed acquisition of Kier Pensions Unit (“KPU”) from Kier Group for total max consideration of £3.5m in cash conditional, inter alia, on a threshold percentage of KPU’s existing clients agreeing to transfer their contract to XPS. The acquisition is expected to add approximately 4% to XPS’s revenues.

The proposed disposal of Healthcare Consulting Business (“HCB”) to Punter Southall Group Ltd (“PSGL”) for total consideration of £1.25m in cash conditional upon the amount of revenue generated by HCB in the twelve months after the disposal.

the sale of HCB “[is part of a] strategy of focusing on the UK pensions market.”

We will include these two transactions into our XPS forecasts once completion has occurred. Overall, we expect the combination of both transactions will add to XPS’s revenues and be earnings enhancing.

While these two transactions are individually immaterial, they add value by enabling management to focus on growing XPS Pensions Group core-businesses.

You can read the full XPS archive by clicking the EPIC code.