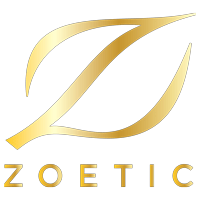 Zoetic International (LON:ZOE) Chief Executive Officer Nick Tulloch caught up with DirectorsTalk for an exclusive interview to discuss their latest trading update, significant developments, their focus on CBD and the main targets for the second half of the year.

Q1: You’ve just released a trading update today covering the first half of your financial year, that has just ended, this is your first update since your appointment as CEO and the change of company name to Zoetic International, from Highlands Natural Resources. Can you talk us through the main highlights of the period?

A1: I gave an undertaking back in August, at the time of our AGM, that we would make a trading update at the end of our first six months of the financial year and I also undertook that we would include some financial information in that update to give investors the opportunity to truly assess the valuation metrics around the company. So, we’ve spent a fair bit of time putting together the announcement and it’s deliberately very full.

The key highlights are we have doubled revenue compared to this half last year, we’re now at £1.15 million, now the majority of that revenue remains in our oil and gas division and we’re just beginning to see revenues come through from our CBD division.

The other key points are we were very keen to address some concerns we’ve seen in the market that people felt that we were running out of money or, for some reason, need to do an emergency placing. We disclosed we have cash balances in excess of £1 million as at the half year and we’ve also reminded investors that we have a number of performance bonds with three separate US states. They amount to $360,000 of which we have already received $60,000 back and we expect $140,000 back before the end of the year, we can obtain these refunds as we are moving out of the oil and gas business and focussing on CBD.

We also have done a deal with a company called Diversion which is a company part-owned by our current Chairman and also our former Chairman. Diversion has a small debt that it owes the company of $125,000 and we have, in return for part satisfaction of that debt, agreed to buy back 950,000 ordinary shares in our company from Diversion and also receive $65,000 in cash from Diversion which will go someway to extinguishing that debt. That tidies up the balance sheet and it just brings a little bit more cash into the company as well.

So, those are the main points that we’ve tried to get across in the announcement.

In addition to that, we’ve demonstrated that we’ve very significantly cut costs in the business compared to last year, we are now down to a run rate operating cost of about £2.5 million per annum. That reflects the cost cutting measures we announced in the AGM 6 weeks ago.

Q2: Now, you state that the company saw a number of significant developments the first half of the year and is a very different company to the one that started the year, both culturally and operationally. Can you talk us through these developments in a little more detail?

A2: The standout news on the CBD side is that we’ve signed an agreement with a US business called Mr. Checkout. Mr. Checkout featured on Shark Tank, which is the US version of Dragon’s Den, some years ago and what it does is it facilitates the supply of retailers direct from the manufacturer and it has associations with over 150,000 independent retailers.

The smokables and the chew pouches that we produce in the US are generating an awful lot of interest and that’s where we’re getting the traction with Mr. Checkout. We continue, of course, to talk to other distributors as well.

Over in the UK, the CBD side is led by the Zoetic brand which we position more as an aspirational brand and we’ve announced that we’re developing our product lines in addition to the CBD tinctures that we do, we’ll be moving into softgels and also, importantly, cosmetics which is where our research has shown that is likely to be the key growth area in the European CBD market.

On the cultural side, one of the main changes that we have instilled in the company in recent weeks and recent months is to be far more cost conscious. We’re very focussed on building the CBD side and exiting, sensibly, the natural resources side and as we focus on those areas, we’ve reduced costs as I mentioned earlier, quite considerably.

We’re just bringing in that culture right across the organisation, which is think before you spend, what are we trying to focus on, what’s the best way to use our days, what is the best way to use the resources we have and, as we’ve announced, we’re starting to see those benefits coming through.

Q3: The main focus of the company is obviously now your CBD business, how do you intend to grow this and build a significant market position with your products over time?

A3: We tend to look at the CBD business as being a seed shelf business so plant the seeds, grow the hemp plants, extract the CBD from them, create products and retail those products.

Where we think we can generate the highest margin, this is where we need to focus, is at the start with the seed genetics and at the end, the brands, I spoke a bit about the brands a moment ago but we have different strategies within the US and within the UK.

The US is led very much by the tobacco alternative brand of Chill, which is the smokables and the chew pouches, the UK is led more by the aspirational brand of Zoetic which will be the cosmetic and those CBD tinctures.

This is an area that could be absolutely enormous for business, it’s something we’ve been working on over the last few months to create these feminised seeds and we are now confident, as we announced, that we believe we can produce our first feminised seeds before the end of the year. This is perfect timing because the seeds are generally sold as the growing season starts and that is of course as we come into Spring, in the early part of next year.

In addition to those areas, market research has shown us that the smokable products in the US are going extremely well. At the moment we sell them in packs of 4, we’re going to move into larger packs, perhaps packs of 10 and that takes us out of the novelty market and into more consistent use market and this is what we need, we need repeat customers.

As we sign up more distributors, alongside Mr. Checkout and our existing relationship with Ox Distributing, we’re taking a lot of pressure of our sales teams, we’re essentially outsourcing that ability to distributors to get our products into their own networks. That is what we should be seeing a lot more of as we move through the remainder of this financial year and into 2020.

Q4: Moving to the nearer term, what are Zoetic International’s main targets for the second half of the financial year, both with the CBD and natural resource businesses?

A4: The CBD business is about generating revenue, we have reported £36,000 of revenue so far in  a little over 2 months of sales of CBD, I appreciate that doesn’t sound like an enormous amount nut the focus was about building those relationships with distributors.

I was saying to a shareholder, earlier this morning, we’re not market traders, this isn’t about selling as much product as quickly as possible, we’re building a brand, of course we want revenue but the initial few months was about proving the product, building that market demand and signing up with big distributors. As Mr. Checkout demonstrates, that’s very much what we’ve done.

On the oil and gas side, we announced, at the start of last month, that we would look to affect a managed and orderly exit from the oil and gas part of the business. We’re not in any hurry, this isn’t a fire sale, or any particular rush, but we have spent time over the last few weeks identifying who the likely buyers will be for those parts of the businesses. Now, that could be one single buyer taking the entire package or it could be a case of identifying particular buyers to acquire the different projects.

Gut feel tells me it’s more likely to be the latter category, although we’re exploring both, what we have at the moment is we have two different offers on the table ready and that gave us the confidence to say in the announcement that we believe the sale of these assets will exceed all of liability that we have in the business, including the £500,000 million debt facility.

I often feel the need to apologise to long term shareholders who I know came in when the business was an oil and gas natural resources business, whilst the project’s not been as successful as hoped, what I think we can demonstrate is that the projects do have a value and that value will at least make the company whole and give us more cash to invest in the CBD side.

The final near-term target, we announced over summer that we’re looking to dual list on the OTC in the US, it’s always difficult to now the date of that listing based on when we get approval from the US regulator. What we’re hearing is we’re very very close and I’m certainly optimistic that’ll be something we’ll achieve very soon. When we do, that opens up an entirely new and much larger investor franchise of US investors who are already expressing interest and looking to get involved in the Zoetic story so I hope that’ll come through very soon.

You can read the full ZOE archive by clicking the EPIC code.

Zoetic International Board and Strategy Changes, and Trading Update