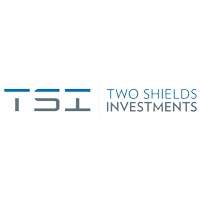 Two Shields has a 17.8% interest in Kalahari Key. In addition TSI owns 15,195,826 shares in Power Metal Resources plc (“POW”) representing approximately  4.2 per cent. of the issued share capital of POW. POW has an 18.26% shareholding in Kalahari Key and also has a right by 31 December 2019 to elect to earn into a 40% direct project interest in the Molopo Farms Complex project, through an investment of US$500,000 in the Project by 31 December 2020.

Should it elect to earn in, POW will hold an effective economic interest of 50.96% in the Project.  POW’s Kalahari Key acquisition agreement was announced on 13 May 2019 and readers can review this announcement through the following link:

A summary of the update from Kalahari Key is set out below:

·   In May 2019 Kalahari Key engaged consultants Spectral Geophysics based in Gaborone, Botswana to immediately commence ground geophysics over targets for Ni-PGM mineralization identified by a recently completed helicopter-supported, High-Resolution EM and magnetic survey (the “EM Survey”);

·   The EM Survey had identified 17 conductor targets within the feeder/shear zone and were found by interpretation of the multiple parameter data obtained from the combined helicopter borne XCITETM electromagnetic-magnetic survey carried out by New Resolution Geophysics (“NRGTM”);

·   The survey was carried out over the ENE-WSW Jwaneng-Makopong Feeder/Shear Zone through the centre of the Molopo Farms Complex;

·  Following a detailed review of the EM survey and the 17 conductor targets a ground geophysics programme was identified over the most promising targets which commenced in May 2019 as planned;

·    The ground geophysics work is largely completed and is expected to conclude in early August 2019, with results interpretation shortly thereafter by the Kalahari Key team, alongside their consultant geophysicist, Cas Lotter;

·   The strategic objective of the ground geophysics programme is to produce in-depth information with regard to sub-surface conductors, including 3D imagery that will enable the technical team to identify priority drill targets for the next stage of the exploration programme;

·    A full update will be provided to the market detailing the outcome of the ground geophysics work and outlining the priority drill targets expected to be identified from that work.

The system being employed is the High-Power Electro-Magnetic (“HPEM”)  transmitter capable of transmitting up to 200A together with the ultra-sensitive Supracon Jesse-Deep SQUID (“superconducting quantum interference device “) sensor hooked up to the industry standard EMIT Smartem24 receiver.

Transmitter loops of approximately 1km by 1km are being laid out using 35mm2 aluminium wire and lines (100 or 200m spacing) are being surveyed at either 50m or 100m reading interval, depending on depth to target.

In total 11 loops were planned around individual targets from the original helicopter EM Survey.

BACKGROUND TO KALAHARI KEY AND THE MFC PROJECT

Kalahari Key, registered in Botswana, is a mineral exploration and geological consultancy company that was established by Roger Key, Andy Moore, Simon Bate and Rick Bonner in November 2014.

In November 2016 the company acquired two mineral exploration licences (PL310/2016 and PL311/2016) from the Botswana Government.  The licences cover the eastern and central parts of a shear/feeder zone through the centre of the Bushveld-related Molopo Farms Complex in southern Botswana.  A third licence (PL202/2018) was acquired in early 2018 immediately to the south of PL311/2016.

The target mineralization is Ni-PGM in the shear/ feeder zone.  Re-processing and re-interpretation of existing high-resolution airborne magnetic data and regional gravity data was initially used to identify target areas.  Selected core from previous exploration programmes has also been examined to gain a better understanding of the geology of the Complex.

Towards the end of 2018, NRGTM was contracted to complete a high-resolution airborne magnetic and Electro Magnetic survey over the feeder/shear zone using their Xcite TM methodology.  The preliminary analysis of the new geophysical data has to date identified 17 conductor targets within the feeder/shear zone.

Upon POW entering into the Earn-in (or earlier with the agreement of all parties) an MFC Project operational committee (the “Committee”) will be established comprising members Roger Key (Kalahari Key Director), Andrew Bell (POW Director) and Andrew Moore (Kalahari Key Director).  The Committee will determine the allocation of the Committed Spend and management of operational activities.  Upon completion of the Earn-in expenditure requirement POW will hold 40% of the MFC Project

The Committed Spend will be applied primarily to the completion of drilling of four targets at the MFC Project.

Also, upon POW entering into the Earn-in (or earlier if agreed by all parties) Paul Johnson (POW Director) will join the Board of Kalahari Key.

Neither the Committee members nor the existing or new directors of Kalahari Key will be remunerated for their services.

Also, upon POW entering into the Earn-in, a Joint Venture Agreement will be established between the parties which will determine strategy, operational management and corporate structuring.  This will include the usual fund or dilute provisions unless an alternate structure is agreed by the parties.

“Although the stated strategy of TSI is to pivot away from our legacy commodities type investments and focus on the disruptive, tech space, this news from Kalahari Key is very welcome in terms of our wider portfolio.  TSI has no ongoing funding commitments to this project and therefore positive developments within Kalahari Key should be viewed as non-core upside and will enhance our future options as we look for opportunities to return value to our shareholders from these assets.

The pace at which the Kalahari Key team is progressing is impressive, with the ground geophysics programme expected to be completed by early August, and we await further news and the results interpretation announcement with a large degree of excitement.”

You can read the full TSI archive by clicking the EPIC code.