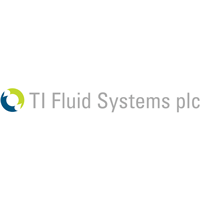 TI Fluid Systems plc (LON: TIFS) has announced that Ronald Hundzinski will be the Group’s new Chief Financial Officer and an Executive Director of the Company, both effective 6th January 2020.

Ron is also currently a Non-Executive Director of Gentherm, a publicly traded company on the New York Stock Exchange. Other than the directorship highlighted above, there are no matters requiring disclosure pursuant to Listing Rule 9.6.13.

Ron will succeed Timothy Knutson who, as previously announced, will pursue other interests outside of the Group. Tim will remain in his current positions until 31 December 2019.

“The Group is grateful to Tim for his many significant contributions over the past decade working with the team and our key stakeholders.”

“We welcome Ron to the Board and our senior executive team. He brings both financial expertise and a depth of experience in the automotive industry.”

You can read the full TIFS archive by clicking the EPIC code.

TI Fluid Systems plc Appoint Susan Levine to the board