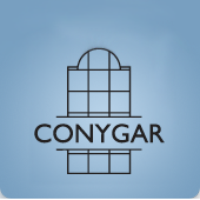 · Construction of the Lidl store at Cross Hands and the B&M store in Ashby-de-la-Zouch both underway.

· Disposal of the Premier Inn at Parc Cybi, Anglesey completed.

· Write down of Haverfordwest land value by £18.5 million, reflecting the weak housing market.

“The granting of the outline planning permission at Nottingham is a very significant step forward, which we believe will be transformational for the Group.

With our cash balances of £46 million and no debt, we are positioned to deliver our projects and to take advantage of increasing market volatility.”

While these results reflect some negatives during the reporting period, there has been significant operational progress, some of which has the potential to be transformational for the Group.

The most significant event for the Group occurred after the period end in April, which was the granting of planning permission for our mixed-used scheme in Nottingham City Centre. We acquired the 37 acre site in December 2016 and since then, have worked closely with Nottingham City Council to design a scheme which will regenerate this area of the City Centre, which has been largely unused for twenty years. The scheme we have designed will create a new vibrant district of the City, in which people will live, work and socialise and we are continuing to work with the Council to agree our section 106 obligations. This phased mixed-used development will consist of offices, student housing, private residential and build to rent flats, a hotel and an associated food and beverage offering and potentially, a new university faculty. We have an opportunity to create a long-lasting scheme and we believe that this will enable us to generate returns for shareholders in the medium term.

At Haverfordwest, we are continuing with our plans to build the first phase of houses but the demand from major housebuilders and potential home owners for this land has been much weaker than expected. Accordingly, we have re-evaluated our investment which has resulted in a write-down of £18.5 million.

We have made significant progress at our retail park at Cross Hands, in south west Wales, following the announcement in September 2018 that we had exchanged a lease agreement with Lidl UK GmbH to construct a 23,000 square foot store. Construction began in January 2019 and practical completion is due to take place in late September of this year. Now that the park is mostly let, a third party valuation undertaken at 31 March 2019 has resulted in a surplus of £4.0 million.

At Ashby-de-la-Zouch, construction of the 20,000 square foot store and the 7,500 square foot garden centre, both of which are let to B&M Retail Ltd, also began in January 2019 and is due to complete in September 2019. This asset has been forward sold and it is expected that the net proceeds payable to the Group will be £4.3 million.

In March 2019, we completed the sale of our 80 bedroom hotel at Parc Cybi, on the outskirts of Holyhead, Anglesey, which is let to Premier Inn Hotels Ltd. This asset was forward sold and the Group received net proceeds of £6.9 million, which represents a net initial yield of 4.7%.

After the period ended, in April 2019, we exchanged a conditional contract, on a subject to planning basis, to dispose of our industrial property in Selly Oak, Birmingham, which we acquired in April 2018. Under the terms of the conditional contract, the purchaser, who is a specialist provider of student accommodation, will be responsible for submitting the planning application while we will manage the handover of the existing property with vacant possession. The purchaser is targeting a 608 unit scheme for the site which is located in a predominantly residential area.

Hitachi announced in January 2019 that it was discontinuing plans to construct the new nuclear power station at Wylfa Newydd, Anglesey after failing to reach a funding agreement with the UK Government. Hitachi has cancelled the option agreement covering our 203 acre site at Rhosgoch but the option agreement at Parc Cybi, enabling them to instruct us to build a logistics centre on the 6.9 acre site, is still in place.

During the six month period ended 31 March 2019, the Group acquired 3,239,000 ordinary shares representing 5.4% of its ordinary share capital, at an average price of £1.72 per share and a cost of £5.6 million. We continue to see the buy back authority as a useful capital management tool.

Aside from the setbacks at Haverfordwest and Rhosgoch, the outlook for the business is positive. The granting of the outline planning permission at Nottingham is a very significant step forward, which we believe will be transformational for the Group. With our cash balances of £46 million and no debt, we are positioned to deliver our projects and to take advantage of increasing market volatility.