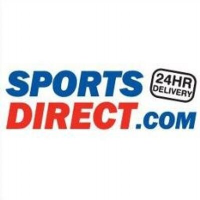 Sports Direct wishes to confirm that it is considering making a firm offer for the entire issued and to be issued share capital of Debenhams not already held by Sports Direct and that it has put the following proposal to the board of Debenhams as to its terms.

The terms of the possible firm offer are that Sports Direct would offer 5p in cash per ordinary share for the entire issued and to be issued share capital of Debenhams which would value the total currently issued share capital of Debenhams (excluding treasury shares) at approximately £61.4 million (the “Possible Offer”). The Possible Offer, if made, would represent a premium of approximately 127 per cent. to the closing price of Debenhams shares on 26 March 2019. In connection with the Possible Offer, Sports Direct would also assist Debenhams in addressing its immediate funding requirements (subject to the pre-conditions set out below).

The Possible Offer is pre-conditional upon Debenhams immediately appointing Mr Mike Ashley as its CEO and terminating the noteholder consent solicitation process it announced on 22 March 2019. In addition, the Possible Offer is pre-conditional upon the Debenhams group agreeing not to enter into any third party funding arrangements (including those outlined in Debenhams statement of 22 March 2019), granting any new security over any of its assets or entering into any administration, CVA or other insolvency process. Each of these pre-conditions must be satisfied or waived before any firm offer can be made.

It is important to note that this is not an announcement of a firm intention to make an offer under Rule 2.7 of the Code and, accordingly, there can be no certainty that an offer will be made for Debenhams even if the pre-conditions to the Possible Offer are satisfied or waived.

Sports Direct reserves the right to reduce the Possible Offer consideration by the amount of any dividend (or other distribution) which is paid or becomes payable by Debenhams to the holders of Debenhams shares.