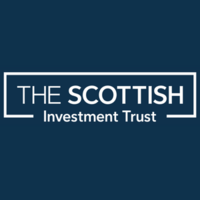 Scottish Investment Trust (LON:SCIN) invests internationally and is independently managed.  Its objective is to provide investors, over the longer term, with above‑average returns through a diversified portfolio of international equities and to achieve dividend growth ahead of UK inflation.  Today it announced its results for the year to 31 October 2019.

The Company delivered a modest total return during the twelve months to 31 October 2019.

The share price total return was +1.0% and the net asset value per share (NAV) total return (with borrowings at market value) was +0.5%. The Company does not have a formal benchmark but, by way of comparison, the sterling total return of the international MSCI All Country World Index (ACWI) was +11.2% while the UK based MSCI UK All Cap Index total return was +5.8%.

This was not a fruitful year for our contrarian approach as cheap money continued to distort investor attitude to risk and reward. This situation looks increasingly stretched and we believe that it will correct over time. A key tenet of our philosophy is to invest in the knowledge that cycles still exist and that, when the trends inevitably change, it will prove a source of surprise to markets. The Manager seeks to position the portfolio to prepare for a change in consensual thinking. Cycles can represent both a threat to wealth (if investments are bought too near the top) and an opportunity to build wealth (if investments are bought near the trough).

Accordingly, the portfolio is invested in a contrarian manner, focusing on out-of-favour stocks, often in unloved areas of the market. Our logic is that there is a better long-term balance between risk and reward when the expectations for an investment’s earnings power and future valuation are low.

This philosophy itself has been unfashionable in recent years, to the extent that the valuation gap between the cheapest and most expensive stocks and the widely divergent views about their prospects is reminiscent of the dotcom era. Then, the ‘cheap stocks’ bounced back after the ‘tech mania’ had passed and the Manager anticipates a similar period of mean reversion ahead.

A focus in recent years has been to highlight the merits of the Company as an attractive and differentiated investment vehicle for the long-term investor. Individual investors are increasingly willing to self-select their investments through online platforms and our aim has been to build an identity with those investors.

We believe that a consistent, growing dividend is an important consideration for many long-term investors. Our contrarian approach has allowed the Company to deliver a step change increase in the regular dividend in recent years and we aim to continue to grow this dividend ahead of UK inflation. The Scottish is one of the highest yielding trusts in its peer group and is recognised as a ‘Dividend Hero’ by the AIC.

The team continues to create thoughtful and insightful content which is available on the Company’s website and is shared on social media. As ever, I would encourage those of you who have not already done so to follow us on social media, where you can find the most up-to-date news and articles, and you can subscribe to our monthly email via the website.

We have set out to communicate our distinct identity to investors and are pleased to have attracted a loyal following who relate to our way of investing. We were delighted to be voted ‘Best Investment Trust’ in the Shares Awards 2019. This is the second consecutive year that the Company has won this award, sponsored by Shares Magazine.

The Board recommends a final dividend of 6.90p which, if approved, will mean that the total regular dividend for the year will increase by 7.5% to 22.80p and will be the 36th consecutive year of regular dividend increase.

The Board’s target is to declare three quarterly interim dividends of 5.70p for the year to 31 October 2020 and recommend a final dividend of at least 5.70p for approval by shareholders at the Annual General Meeting in 2021. The final dividend will be reviewed in accordance with the Board’s desire to continue the long track record of annual dividend increases and the aim of the Company to provide dividend growth ahead of UK inflation over the longer term.

Our income reserve remains substantial at 70.50p, equivalent to around three times the targeted annual dividend. As I have previously mentioned, our portfolio is not explicitly invested for income and the Board recognises that there may be occasions when the portfolio does not necessarily fully cover the requirements of the regular dividend. While it is currently academic, I would like to remind shareholders that we consider this reserve could be drawn upon in future, if required.

As I have previously outlined, following a step-change in our regular dividend, the Company does not intend to routinely pay discretionary special dividends. However, as the income generated during the year was substantial and we see no need to add significantly to revenue reserve this year, the Board recommends a special dividend of 7.45p. The total dividend for the year, if approved, will increase by 20.0% to 30.25p.

The Company follows a policy that aims, in normal market conditions, to maintain the discount to NAV (with borrowings at market value) at or below 9%. The average discount over the year was 8.9%.

At 31 October 2019, gearing was 1% (31 October 2018: 0%). The Company continually reviews opportunities to deploy gearing and it is our expectation that borrowings will be utilised, over time, for the long-term benefit of shareholders.

Russell Napier will retire as a Director and not stand for re-election at the AGM. The Company has benefitted immeasurably from Russell’s knowledge and experience over the last ten years. The Board and I would like to extend our gratitude to Russell for his outstanding contribution.

We welcome Neil Rogan to the Board, following his appointment as a non-executive director in September 2019. Neil is an investment management specialist who brings extensive experience from his long career in the industry. Neil will stand for election at the AGM.

However, a significant new development was that the US Federal Reserve, which sets the benchmark for the global cost of money, was forced to abandon efforts to ‘normalise’ interest rates.

The cost of money remains too low as policy makers continue to grapple with the ramifications of the financial crisis of more than a decade ago. In August, close to a quarter of the global stock of government bonds offered negative yields, meaning that, if purchased at the prevailing price and held to maturity, the investor was guaranteed to lose money. Around the same time, a Danish bank made headlines by offering the world’s first negative interest rate mortgage. It is uncertain if this more mainstream adoption of negative interest rates will prove transient or become the norm. However, one thing that is abundantly clear is that the long-term implications are not well understood.

Cheap money has exacerbated wealth inequality and created a wider schism between the ‘haves’ and the ‘have nots’ in society. The Brexit vote and the election of Donald Trump were amongst the first salvos in a popular rebellion against the economic status quo and there seems to be an increasing number of these episodes of popular rage, as we have seen in France, Hong Kong, Spain and Chile. To appease this discontent, fiscal largesse is on the increase, with austerity on the wane.

Politics and political considerations will continue to have an impact on markets with the most notable being the Sino-US trade discussions, the 2020 US Presidential election and, as I write, the result of the UK general election and subsequent state of the Brexit negotiations. The potential impact of Brexit is reviewed regularly by the Company. As a global investment trust with a diversified portfolio of international equities, it is unlikely that the Company’s business model or operations will be adversely impacted as a direct result of Brexit. Generally speaking, politicians seem motivated to resolve international disputes, but they obviously have to sell those solutions to their respective domestic audiences.

In the stockmarket, various trends resulting from cheap money, such as the substantial divergence of stock valuations, seem over-extended and, given our contrarian stance, we believe that the Company remains well placed for the future.

You can read the full SCIN archive by clicking the EPIC code.