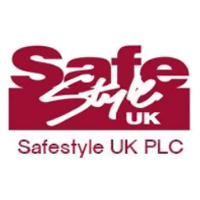 Safestyle UK plc (LON:SFE), the leading retailer and manufacturer of PVCu replacement windows and doors to the UK homeowner market, has today announced the appointment of Alan Lovell as Non-Executive Chairman, effective immediately.

Alan has held numerous listed company directorships, both executive and, more recently, non-executive. He has been the Non-Executive Chairman of Flowgroup plc since 2017, National Chairman of the Consumer Council for Water since 2015, and was appointed as Senior Non-Executive Director at SIG plc in July 2018. He was a Non-Executive Council Member of Lloyd’s of London from 2007 to 2016, the Senior Independent Director of Sweett Group plc between 2014 and 2016 and was Chairman of professional radio technology company Sepura plc which was successfully sold to Hytera Communications Corporation Limited in May 2017.

Alan was also appointed as a Non-Executive Director and Chairman of the Restructuring Committee of Carillion plc as part of an attempt to put together a rescue package for the company during its final 10 weeks of trading. Alan has a huge breadth of experience, including both strategic and complex situations, with a particular focus on companies undergoing turnaround or business improvement initiatives.

In addition, as previously announced on 22 March 2018, the Board is pleased to formally welcome Rob Neale to the Board as Chief Financial Officer and looks forward to him supporting and contributing to the Company’s development.

Chris Davies, Senior Non-Executive Director of Safestyle UK PLC, commented: “I am delighted that Alan has agreed to join the Board as Chairman. His breadth of experience, both as a CEO and as a Chairman, will be invaluable to the Board and Executive team and I am confident he will help to ensure we take advantage of the opportunities that will arise as the market returns.”

Alan Lovell, incoming Chairman of Safestyle UK PLC, said: “I am pleased to be joining Safestyle at this important point in the Company’s journey. I have spent some time with Chris and the management team and it is clear that there is much to do both at an operational and Board level. I shall be looking to strengthen the Board to ensure that we have the best possible chance of working through the current challenges and delivering value to shareholders.”