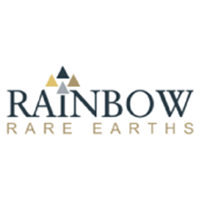 To view the announcement with the illustrative maps and diagrams, please use the following link: http://www.rns-pdf.londonstockexchange.com/rns/3902U_1-2019-11-22.pdf

As part of its strategy to enhance its already strong portfolio of rare earth properties, the Company has acquired 10 mining claims in Zimbabwe.

The properties, while not historically explored for rare earths, have been explored for phosphate in the past.

Rainbow has acquired these licenses through its wholly owned Zimbabwe subsidiary. The licenses will be held 100% by Rainbow Zimbabwe, with no free carry for the government, in line with recent changes to the legal framework covering mining in Zimbabwe.

Rainbow will immediately commence with an exploration program including geological mapping, sampling and assaying with the aim to conclude an interpretation report with focus on REE potential, namely sizes, grades and  mineralogy.

Commenting on the acquisition, Rainbow Rare Earths CEO George Bennet said: “With our strategic intent for our licenses in Burundi well on track, the Company stabilised, I believe this is a great opportunity to diversify the portfolio, with low risk and minimal capital outlay.”