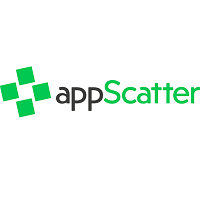 Appscatter Group PLC (LON:APPS) Chief Executive Officer Philip Marcella caught up with DirectorsTalk for an exclusive interview to discuss fundraising and their intention to acquire Airpush.

Q1: We’ve seen your news this morning regarding the fundraise and the proposed acquisition, can you tell us a bit more about your fundraising and what this money will be used for?

A1: We were intending to do a fundraise in the Q1 of this year for working capital but we were in talks last year about the potential acquisition and merger with Airpush. So, the funds were raised from a Berlin fund and are mainly for working capital and the costs associated with both the readmission and the acquisition.

Q2: And what can you tell us about your proposed acquisition of Airpush and how this relationship came about?

A2: It’s very exciting, we’ve been working with Airpush for a long time, in fact pre appScatter going IPO we were talking about partnerships. Last year, we announced a partnership with Airpush and at the same time we found out that they were looking to have their own IPO on the AIM market.

So, after we did some introductions and after many discussions, we found that both companies had the same vision which was to have a single platform for developers for both management and monetisation of apps. After various talks, we thought well, this makes more sense to join forces.

Q3: Can you give us a bit more information about Airpush and what it will add to the company’s offering?

A3: Airpush really have, I would say, 3-4 main areas of revenue, some of the exciting areas include data; they have a mass amount of data and they have been selling data as we do from our team in Berlin, from Priori. They also have monetisation coming from pre-installed apps or apps pre-installed on devices which is 7 million devices per month which have apps installed and obviously that matches our distribution side. They also do app monetisation’s through piracy installs and again, this starts to work into the security services that are offered by us.

So, you can actually start to see our areas of business are very very similar and they also have a sales and developer community and we believe that having one single platform and marketing to those developers and attracting more is the best way forward for both companies.

Q4: What can investors expect to see in the next 12 months coming out of this relationship?

A4: Once the merge takes place, technically it’s a reverse takeover, but once it takes place this year, you’ll find that by merging the two companies together you have a profitable company. From appScatter Group’s point of view, we’ve increased dramatically the revenue and it’s just an ideal fit.

The key thing we’re all working to is launch the new platform, we’ll continue with business as it is through the rest of the year and we’re planning in Q1 next year to launch the brand new combined product which is the all-in-one product we’re working towards.

You can read the full APPS archive by clicking the EPIC code.