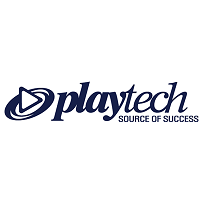 Since the interim results in August, trading within Core B2B Gambling and Snaitech continues to exceed management expectations, while trading in Asia has remained stable. Following a positive start to the second half, trading conditions in TradeTech have been highly challenging during September and October. Overall, Adjusted EBITDA for FY 2019 is now expected to be a little below current consensus.

Regulated B2B Gambling revenue for the first four months of H2 2019 was up 12% on the same period in 2018 at constant currency and excluding acquisitions, and up 13% after excluding the impact of the increase in remote gaming duty in the UK. These figures benefitted from some hardware sales in the period.

Playtech today announces a further step in the execution of its strategy following the signing of a long-term structured agreement with Wplay, one of the leading betting and gaming brands in Colombia. Playtech will be Wplay’s strategic technology partner and also deliver operational and marketing services. This further extends Playtech’s reach in Latin America and follows the Company’s success in the region with Caliente, which has become one of Playtech’s top licensees by revenue.

As reported at the interim results in August, at the start of 2019 Playtech launched an extension to its offering to cater to over 1,000 brands and customers that previously Playtech did not have any presence with. This new model, driven by Playtech’s centralised private cloud infrastructure, had a solid start in H1 and has gained further momentum in the second half of the year. The Company now expects to launch 40 brands in 2019 as it accelerates its plans for this offering over the coming months.

Following the introduction of the advertising ban in July 2019, Snaitech has continued to gain market share, achieving first position in market share rankings in September and October across online betting and gaming for the first time. This follows Snaitech achieving first position in sports betting (online and retail) earlier in 2019. Snaitech also set a record for monthly first-time depositors in September.

As indicated in August, at the current run rate Asia will contribute approximately €115 million of revenue in 2019. On an annualised basis the current Asia revenue run rate continues to be approximately €100 million. Whilst the previously announced incentivisation programme is being implemented to protect our market position, the backdrop in Asia remains highly competitive.

Following a positive start to the second half, trading conditions in TradeTech have been highly challenging during September and October and Playtech expects the division’s results for 2019 to be well below management’s expectations. Playtech plc is evaluating all options for the business.

As part of an ongoing review of non-core business units and in order to simplify group structure, Playtech announces that it is reviewing options for its Casual and Social Gaming business including a possible sale of all or part of this unit.

Since the interim results Playtech has successfully extended its revolving credit facility and increased the total amount available to €317 million, including a new Tier 1 lending bank that has joined the syndicate. The facility is for a term of four years with a one-year extension option.

The €25 million share buyback programme, launched in August, has been successfully completed. In total Playtech has returned €121 million to shareholders in 2019 through dividends and buybacks.

Playtech expects TradeTech’s results for 2019 to be well below management’s expectations.

Overall, Adjusted EBITDA for FY 2019 is now expected to be a little below current consensus.

You can read the full PTEC archive by clicking the EPIC code.