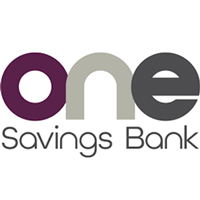 On 14 March 2019, the Boards of OneSavings Bank plc (LON: OSB) and Charter Court Financial Services Group plc (LON: CCFS) announced that they had reached agreement on the terms of a recommended all-share combination for the entire issued and to be issued share capital of Charter Court. The full terms and conditions of the Combination are set out in the scheme document which was published on 15 May 2019.

In particular, the Combination remained subject to the conditions set out in Part III of the Scheme Document, which stated that the Combination was conditional (amongst other things) on the Competition and Markets Authority confirming, in terms reasonably satisfactory to OSB, that the Combination or any matter arising therefrom or related thereto or any part of it will not be subject to a reference under sections 22 or 33 of the Enterprise Act 2002.

OSB and Charter Court have now confirmed that, on 30 July 2019, the CMA announced that it does not intend to refer the Combination under the provisions of the Enterprise Act 2002 and that the CMA’s clearance was unconditional.

The CMA Condition has therefore been satisfied.

Completion of the Combination remains subject to other outstanding conditions, including receipt of regulatory approvals from the FCA and PRA. Further announcements will be made as necessary in due course.

Terms used but not defined in this announcement have the meanings given in the Scheme Document unless the context requires otherwise.

You can read the full CCFS OSB archive by clicking the EPIC code.