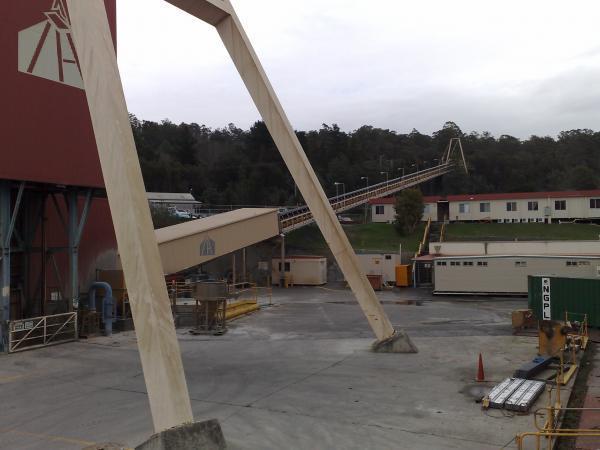 NQ Minerals plc (NEX:NQMI) Chairman David Lenigas caught up with DirectorsTalk for an exclusive interview to discuss production figures at Hellyer, their COVID response plan, the Beaconsfield gold mine and what investors can expect in the next quarter.

Q1: Great news on production figures today, can you talk us through the highlights please?

A1: The Hellyer lead, zinc, gold, silver mine in Tasmania is our flagship asset and it continues to run pretty much full steam ahead at the moment even though there are COVID-19 issues in Australia.

We had some very good production numbers for the quarter, we are in the process of increasing plant capacity from what was 900,000 tonnes a year average to a plan to bring it up to 1.2 million tonnes a year processing of high grade lead, zinc, gold and silver all feed through the plant. So, that work continues pretty much to plan and is delivering some pretty good results.

We’re lucky in Tasmania that we are regarded as an essential business, the Tasmanian government regard the mining industry as an essential part of the economic drivers of the state. So, to that extent, we’re operating pretty much as normal, obviously people are taking caution and the value of our staff is paramount but things are operating with caution very well and we continue to move the project forward.

Q2: Can you also tell us more about NQ Minerals’ COVID response plan that was announced earlier today?

A2: The Tasmanian government have a quite defined programme that they want people to stick to so we’re operating on a shift work basis. Because the majority of our product is lead-based anyway, our PPE procedures are quite extensive day in day out, whether COVID-19 exists or not.

So, a lot of non-essential staff operate from home, if there’s a requirement for call-out for maintenance or other types of people then it’s a short drive from where they live to the operations. Personal hygiene has always been paramount at Hellyer and always has been ever since the project started.

We operate pretty strict rules under what the Tasmanian government have legislated and it’s business as usual.

Q3: You recently announced an update on the Beaconsfield gold mine, what does this mean for the company?

A3: Beaconsfield has been around for well over 100 years , it’s one of the premier mines in that state and always has been and we bought it from the administrator through an action plan and we’re we and truly into our due diligence process.

We’ve had a number of very positive meetings with the Tasmanian government right to the highest level, we’ve got tremendous support from pretty much all government departments that we’ve spoken to to look at brining Beaconsfield back into production as an economic driver but also creating mineral wealth for the state of Tasmania.

Phenomenal asset, very high grade, one of the richest grade gold mines in Tasmania’s history and it produced nearly 2 million ounces, there are a lot of ounces still underground, the mine shut in 2012 because of the gold price at the time.

The plan is to look at reopening Beaconsfield as soon as possible, if I can have it reopened by the end of the year then that’s the objective and that’s what everyone is working towards.

Q4: What other news can investors expect from NQ Minerals in the next quarter?

A4: Well, we’ve announced that we have a signed deal with Traxys and a major European bank for refinancing the company’s corporate debt and everyone complains about NQ, “look at all the debt”, most companies that start projects of this size do have some debt. Now, that the project is operating and has been for some 14/15 months, we’re now working with a number of big banking institutions to reschedule the debt down to a better coupon rate so that work has been going on.

So, hopefully we’ll come out with some news for our shareholders with respect to debt restructuring which has been something that people have been commenting on ever since I joined the Board as Chairman so that’s taking a lot of our corporate time.

It should be too long before we hopefully report, in a public sense, the gold resources that have been recalculated at Beaconsfield and we’ve got a number of other initiatives going on with some of our other assets in Australia.

So, I imagine it will be quite a full quarter coming up in respect to news releases but it depends which one hits the button first.