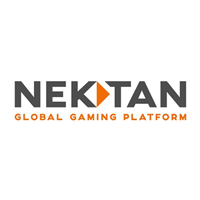 Further to the Company’s announcements of 18 and 25 September 2019 and 2 October 2019, the Board of Nektan (LON:NKTN), the fast-growing international gaming technology platform and services provider, announces that it has received sufficient expressions of interest from investors to meet its proposed minimum fund raise target of £3.0 million (net of expenses). In addition, the Company announces that it has received further interest from other investors that would increase the aggregate funds to be raised to approximately £5.0 million, which the Board wishes to pursue.

The Company, therefore, announces an extension to the Proposed Placing, which will now remain open for orders to be submitted until 5.00p.m. on 18 October 2019. However, the Board reserves the right to close the Proposed Placing earlier if £5.0 million has been raised or it believes any additional funds are not forthcoming. An announcement of the result of the Proposed Placing will be made shortly thereafter.

A further announcement will be made in due course.