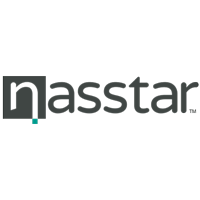 · Interim and full year accounts for 2017 have been restated throughout

**comprising earnings adjusted for interest, taxation, depreciation, profit on sale of fixed assets, amortisation, share based payments and exceptional items (being costs in relation to reorganisation and data centre closure)

***adjusted for amortisation of acquired intangibles, share based payments and exceptional items

· Year two of the “Nasstar 10-19” plan continued with further investment in key strategic areas designed to:-

· Continued refinement of the organisational structure instigated in 2017 aimed at delivering an integrated company with one team for each function managed by a single leadership team.

· The implications of IFRS 15 are that contract setup revenues are spread over the full term of the customer contract rather than being recognised at the point of installation (2017 revenue reduction of £0.4m). The cost of the install is recognised as an asset with the cost recognised over the contract term in line with revenue. Therefore, in order to expedite revenue delivery, the leadership team chose to invest into additional engineering resource.

· The result of the investment in engineering has enabled Nasstar to deliver the 1,000 users contract announced in November ’17 and recognise contract revenue within a shorter timescale. The organic business development pipeline continues to include prospects of a similar size to this contract.

· As part of the “Nasstar 10-19” programme the Singapore data centre was closed during H1, with Microsoft Azure (“Azure”) being utilised for the remaining workloads. Plans continue to be executed to consolidate the UK data centre footprint by a further two data centres. This consolidation is complex and ongoing. The server farm rationalisation is expected to complete fully in 2019.

· As part of the strategy to standardise offerings across the Group, Nasstar launched its new Cloud Communications Service (hosted telephony) based on Mitel’s MiCloud Flex solution. Early traction with the new service has been strong with three orders secured in the first quarter of service launch.

“2018 saw the first year of operating under our new organisational structure and this combined with three large projects has really tested the team, which I am delighted to say has responded to the challenge.

We have invested in the technical delivery teams to increase project throughput whilst continuing to focus on the “Nasstar 10-19” strategic initiatives. We are in year two of our three-year plan to achieve full integration and consolidation and I continue to be confident in the “Nasstar 10-19″ objectives.

I have worked closely with the new business team to develop a sales pipeline that continues to include deals of larger size and believe Nasstar is perfectly positioned and better structured to deliver on projects of increased complexity and size.”

You can read the full NASA archive by clicking the EPIC code.