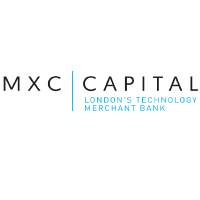 · Acquisition by Ravenscroft Limited of 25% of MXC Capital (UK) Limited, the Group’s trading business, for £2.25 million;

· Investments made during and post period end in relation to the joint venture with Liberty Global plc and the partnership with Ravenscroft Limited to advise the GIF Technology & Innovation Cell;

· Post period end disposal of investment in Tax Systems plc, generating a cash profit of £9.3 million and proceeds of £24.2 million;

· Loans advanced during the period of £7.3 million, including £4.3 million to IDE Group Holdings plc (“IDE”) with a further £3.7 million advanced post the period end in order to enable IDE to repay its bank debt; and

“The results for the six months show good progress both with our investments and our partnerships. The period also saw us return to a profit at trading level. We remain confident of driving shareholder value both from our existing portfolio and partnerships and from new opportunities.”

The six months to 28 February 2019 show MXC returning to a profit at the Trading EBITDA2 level. As we have right-sized our business and secured additional fee income from our relationships with other investment partners, this has in turn resulted in a £0.2 million trading profit for the first six months. I am confident that this positive trading performance will continue and that FY19 will see improved results. Generating profits at the trading level gives the Group more options and means that we can once again be in a position to return cash to shareholders, something which I shall expand on later.

During the period we have made good progress both with our investments and our partnerships. In February, the potential take-private of Tax Systems plc (“Tax Systems”) by a subsidiary of funds managed by Bowmark Capital LLP (“Bowmark”), a private equity entity, was announced at a value of 110p per share, which was subsequently increased to 115p per share. This transaction completed post the period end, resulting in our exit from Tax Systems. The proceeds from the sale of our Tax Systems shares and warrants amounted to £24.2 million. Our investment into this business was made in a number of parts with the initial investments, predominantly in July 2016, totaling £10.0 million and a second investment totaling £4.9 million in August 2018. The initial investments showed a 1.78x return and the latter investment a 1.28x return, generating a combined profit of £9.3 million and an aggregate return of 1.62x. This excludes the £2 million fee that was generated at the time of the original IPO of the company which, if added into the return, would have shown a 1.75x return. Furthermore, MXC has received a £0.3 million fee in relation to the transaction. Tax Systems was a relatively short-term but very satisfactory investment for MXC and we wish the management team and Bowmark the very best with the next phase of the company’s journey.

In our results for the year ended 31 August 2018, we highlighted the investment from Ravenscroft Limited (“Ravenscroft”) into MXC Capital (UK) Limited, the trading arm of the Group and indicated that we believed the valuation of this division could increase above the £9 million at which Ravenscroft invested. I am pleased to note that this part of the business has been busy and has generated a good level of fee income in the first half of the year, with a healthy pipeline of activity for the second half. Our two partnerships, one with Liberty Global plc (“Liberty Global”) and the other with Ravenscroft in respect of the GIF Technology and Innovation Cell (“the GIF”), a protected cell of Guernsey Investment Fund PCC Limited, are now generating over £1 million a year in fee income. We believe that this division represents unrealised value for shareholders and it remains our intention to establish a mechanism by which we can realise this inherent value. Our partnership and relationship with Ravenscroft are very rewarding and enjoyable and we are delighted that they saw the value in our trading division, as demonstrated by their investment therein.

As consultant to Ravenscroft, the investment manager to the GIF, it is the role of MXC to find investments that suit the criteria of the fund. The fund was established with an initial investment pool of £38 million of which MXC have committed to invest up to £5 million. I am pleased to say that a total of eight investments have been made to date with a further four close to completion. This is a fabulous effort from our team and we are confident that the investments will deliver a healthy return for The States of Guernsey and all other shareholders, including MXC. The fund has a ten to twelve-year life and we are hoping to have fully invested or committed the funds by the end of this calendar year allowing a full eight-year period of value accretion. I would like to thank the MXC team in London and the Ravenscroft team in Guernsey for the huge efforts in making this happen.

MXLG is our joint venture with Liberty Global. The progress to date has been solid rather than exciting but is now gaining momentum. At the period end of these interim statements only one investment had been made but since the period end a further two investments have been completed. There is significant potential in this joint venture to build a UK IT services business. The key to success with this type of roll up, which we have concluded successfully four times previously, is to acquire cost effectively and then retain the hearts and minds of key staff. The pace of acquisitions is very much determined by this ethos and I respect the team’s diligence and patience in not rushing in and overpaying for acquisition targets. This will, in turn, pay dividends at the eventual exit. I have every confidence that this joint venture will deliver the customary return on capital that we have seen across our portfolio in previous years.

MXC came to market in August 2014, four and half years ago. Since then we have enjoyed four sizeable exits, being Calyx Managed Services Limited (“Calyx”), Redcentric plc, Castleton Technology plc and most recently Tax Systems, generating a combined cash return of £80.6 million and an average multiple of 2.2x. Although this represents a healthy return for shareholders, the multiple could have been higher were it not for the fact that Calyx was an asset held for a very short period of time and the return on Tax Systems was lessened by the fact that we increased our holding by 36% within the six months prior to disposal. We nonetheless believe that this level of return on capital is a good indicator of the performance of the team and it is against this value that the business will be measured over the next four to five years.

IDE Group Holdings plc (“IDE”) and Adept4 plc (“AD4”) are the last remaining public company assets that the Group holds and are both investments where MXC tried to scale its business by deploying executive management teams, a strategy which has not rewarded us as investors. We have demonstrated considerable support for IDE and now hold an equity stake of over 40% and loan notes of £8.0 million. We have been fortunate to secure the services of Andy Parker as Executive Chairman of the business and both myself and Max Royde, as the representative of another sizeable investor, sit on the board of IDE, with Charlotte Stranner, an MXC partner sitting as interim CFO. The period has been one of stabilisation as we rapidly sought to right size the company from the bloated state it had become. To date, more than £8 million of costs have been reduced with ongoing initiatives continuing to eat away at the cost base. There are several onerous contracts that the company has to work through which will impact cash generation for the next 18 months but we believe there is a good underlying business and a platform from which we can recover value.

AD4 has been through an incredibly challenging time. The last acquisition it made, funded by a loan from BGF of £5 million has proven to be a poor one. This acquisition, being the namesake of the company, Adept4, resulted in a substantial warranty claim brought by AD4 as a result of actions the previous owners had taken to enhance the company at the time it was acquired. It is fair to say that the wasted time, energy and opportunity resulting from having to resolve these issues has had a serious impact on that company and it is likely to be a long way back for shareholders. All strategic options continue to be considered but as the largest shareholder we are very cognisant that this situation must change by way of some form of significant action in the near term.

As has been demonstrated in its track record over the last four and a half years, the Group can deliver a 2.2x return on its capital and that is our aim for the next four to five years. This, combined with the return to a profitable trading position, leads the Board to believe it is time for MXC to re-establish a method of returning cash to our shareholders. Therefore, the Board would like to introduce a capital return programme to be based on our NAV1 which we believe will increase as we deliver against our objectives. The programme will be largely funded by the cash profits from the trading business but will represent a percentage of the NAV declared at each reporting period. By example, at 28 February 2019 the NAV was £65.4 million, representing 97p per share. The Board is currently undertaking a review of the appropriate percentage and the best way to effect this return, whether by way of dividend or share buyback.

At the beginning of the period, the Company established an Employee Benefit Trust (“EBT”) to buy MXC shares in the market to be held to satisfy existing and future share incentivisation awards, so reducing any future dilution for shareholders. The intention is for the EBT to continue to buy back shares, however given the intended capital return programme described above, this will only ever be at a price which represents a discount to the current NAV. To date, £2.9 million has been invested by the EBT in purchasing the Company’s shares.

In conclusion, it has been two testing years to get to a point where we see a normalised trading performance for MXC and I thank our team for all their hard work and loyalty in getting us here. We now have a platform from which to grow again and I am quietly confident that there are good times in front of us and that we will be reporting ever stronger returns as we grow our now established partnerships with Liberty Global and Ravenscroft and look to add new ones.

You can read the full MXC archive by clicking the EPIC code.