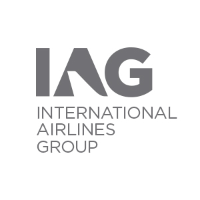 · Passenger unit revenue for the quarter down 0.8 per cent, down 1.4 per cent at constant currency

· Non-fuel unit costs before exceptional items for the quarter up 0.8 per cent, down 0.6 per cent at constant currency on a pro forma1 basis

· Profit after tax before exceptional items €70 million down 62.6 per cent, and adjusted earnings per share down 57.5 per cent on a pro forma1 basis

2 March 31, 2018 comparatives are the Group’s statutory results as reported.

3 Net debt is long-term borrowings less cash and cash equivalents and other interest-bearing deposits. EBITDA is operating profit before exceptional items and depreciation, amortisation and impairment.

“In a quarter when European airlines were significantly affected by fuel and foreign exchange headwinds, market capacity impacting yield and the timing of Easter, we remained profitable and are reporting an operating profit of €135 million.

“At constant currency, non-fuel unit costs were down 0.6 per cent while passenger unit revenue decreased by 1.4 per cent.”