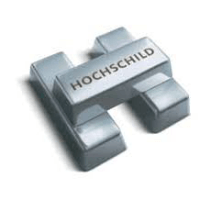 “Hochschild has delivered another strong first half operational performance with the second highest level of production in our history and solid cost control leaving us firmly on track to meet our 2019 goals. In parallel, we are in the middle of another busy period of brownfield exploration with new veins discovered at Inmaculada and the first campaign at the Palca zone already underway whilst further programmes are due in the second half at all our operations as well as in new areas such as Corina, Cochaloma and Pablo Sur. Healthy cashflow generation has continued to strengthen our balance sheet and we are therefore in a good position to execute our brownfield and greenfield strategy in addition to assessing acquisitions and investing in our innovation programme.

I am delighted to report that our Safety Culture Transformation Plan which was launched in 2017 is continuing to deliver positive results. This wide-ranging programme, which encompasses frequent training sessions at all levels and enhancements to our risk management systems, has undoubtedly contributed to the longest continuous period in our corporate history in which there have been zero lost time accidents – over 120 days. This is reflected in our safety frequency index for the first half of 0.51 (H1 2018: 2.1) which is the lowest of any six-month period since 2007. We will continue to implement decisively the Transformation Plan to underline our commitment to safety first.

The 2019 brownfield programme is underway and includes drilling in and around the Angela vein at Inmaculada with current results identifying new structures to the west which we expect to yield substantial additional resources. Furthermore, we are confident that infill drilling being carried out at the new veins discovered in 2018 will improve grade consistency. We have also begun a surface drill programme to the north-west of Inmaculada at the Palca zone, with early results demonstrating mineralisation and a significant number of further targets to be drilled in the second half. During this period, we can also look forward to campaigns at Cochaloma to the south-west, at Pablo Sur close to where we are currently mining and at the promising Corina zone to the north of the Selene plant, where we have already begun a 3,500 metre drilling programme. Finally, at San Jose we have carried out further exploration of the polymetallic Aguas Vivas deposit in the north-west and will focus in the second half on structures to the south of the San Jose mine and magnetometry work on the area near to Newmont Goldcorp’s Cerro Negro deposit.

Total Group production was moderately lower versus H1 2018 and with a 7% fall in the average silver price achieved only partially offset by a 2% rise in the gold price achieved, revenue reduced slightly to $354.5 million (H1 2018: $372.3 million). All-in sustaining costs were lower than expected at $11.4 per silver equivalent ounce (H1 2018: $11.2 per ounce) but the budgeted rise in exploration expenses and also in selling expenses (resulting from the reintroduction of export taxes in Argentina in Q3 2018) has led to Adjusted EBITDA of $153.7 million (H1 2018: $161.9 million). These increases in expenses were not fully offset by falling interest costs and a reduced tax charge and therefore pre-exceptional earnings per share were moderately lower at $0.04 (H1 2018: $0.05). Post-exceptional earnings per share was held steady at $0.03 (H1 2018: $0.03) mainly due to the payment of the premium of $11.4 million to redeem the senior notes in H1 2018 being offset by this year’s exceptional costs of $11.9 million associated with the temporary closure of the Arcata mine in February 2019.

In mid-June, the gold price started to rise significantly on the back of global uncertainty and a fall in the US dollar and reached levels not seen in six years. Silver also rose in July and therefore we expect the Company’s second half cashflow generation to be healthy provided the price strength is maintained. However, we are also confident that Hochschild’s ongoing solid operational performance, disciplined cost control and a strong balance sheet leave us in an advantageous position to execute a busy second half of brownfield and greenfield activity and continue to assess value accretive acquisitions. The Board is pleased to declare an interim dividend of 2.0 cents per share ($10.2 million) which reflects the ongoing successful strategic and operational performance.”

For a live webcast of the presentation please click on the link below:

[5]All equivalent figures assume the average gold/silver ratio of 81:1.