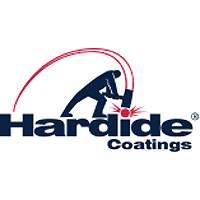 Hardide (LON:HDD) Chief Executive Officer Philip Kirkham caught up with DirectorsTalk for an exclusive interview to discuss record revenues, the broadening of customer & sector base, new bigger premises and how the new financial year is looking.

Q1: You’ve announced record revenues for the second consecutive year in your preliminary results, what can you tell us about the highlights?

A1: Well, obviously, as you say, it’s a record revenue for the second consecutive year which we’re very pleased about, the ongoing growth in the business.

There’s been almost a doubling of sales to one of our major North American pump producers where they’ve now extended the range of pumps which are Hardide coated. Previously, we were on high-end premium pumps and they’ve now moved it down to a range of pumps where they sell higher volumes so that’s increased our turnover significantly with them.

We’ve seen growth in our precision engineering sector, a 40% growth this year on the back of increase to a variety of customers including the high-speed X-ray baggage machine manufacturer that we’ve been dealing with for a couple of years now, and also turbine producers.

Our biggest market sector is still oil and gas, we saw sales volumes down in the first half of the year, which was due to purely a supply chain issue where our customer changed its supply chain route for manufacturing the products that come to us, they had some disruption in that so it reduced the number of components coming. That’s recovered now, they’ve sorted those issues out and in the second half, we saw a much higher volume of those products coming through and we‘re seeing that trend continuing into the current financial year.

Our coated industrial diamonds also saw a huge increase, 14-fold increase in sales this year compared to last and those also go into oil and gas applications largely where our customer has obviously got a major contract to supply these wear parts into directional drilling tools.

Of course, we’re delighted with the selection by Airbus and Lockheed Martin for various components, both on the Airbus range and the F-35 Joint Strike Fighter and we should start seeing these components coming through as production orders in 2020.

Q2: Over half of the sales were from customers gained over the last 4 years, how has your customer and sector base broadened?

A2: We’re continuing to diversify our customer base within the oil and gas as well as diversifying different industries and we’ve seen major new customers in oil and gas and also major opportunities in other sectors. We’re especially now concentrating on aerospace and power generation industries globally to give us a better mix of diversification of industries. As I mentioned before, over half of the sales were from customers who we’ve developed over the last 4 years and these are spread over a number of different sectors.

Q3: I also see that you’re moving your UK operation to new premises next year, that’s going to be doubling the floor space and investing in new equipment. Can you tell us about the investment and the benefits that the move will bring?

A3: We’ve got a fantastic brand new building on a newly-developed industrial site which is less than 0.5 miles away from our current premises. As you say, it’s double the floor space and allows us to lay out the whole coating process in a much more organised way, it gives us the space we need to install more coating reactors and new and large processing lines.

So, we’ve got new reactors on order, two of which are going to be installed in the first few months of 2020 and one of which is a larger sized reactor to allow us the coating of larger components that we can currently do. This includes the turbine blades for power generation and also various aerospace components as well. Of course, we’ve still got the existing three reactors in the current facility and these will be moved over to the new site as well.

So, when we’ve done this, we’ll have quite a large production capacity increase in the UK which allows us to generate more revenue and grow the business and also to bring in some very interesting new applications with growth potential.

We’ve also taken the opportunity to purchase a number of new items of planting equipment rather than transferring some of the old depreciated kit. So, this will help us improve productivity and improve our environmental performance as well as avoiding disruption to activities in the future, if we had to replace that kit in future years.

Q4: Finally, and I think you hinted at this earlier, but what is the start of the new financial year looking like for Hardide?

A4: The new financial year has started very strongly. Oil and gas continuing with the high levels we saw in the second half of last year and we’re also seeing continuing high level of demand from flow control and precision engineering customers.

We’re looking for this year to be the start of our production orders for aerospace and many other aerospace companies.