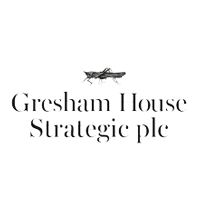 The Company invests primarily in UK and European smaller public companies, applying private equity techniques and due diligence alongside a value investment philosophy to construct a focused portfolio, the majority of which is expected to be comprised of 10-15 companies.

Gresham House Strategic plc has announced that a final dividend of 11.1p in respect of the year ended 31 March 2019 is proposed by the Board. This will be put to shareholders at the AGM which is to be held at 10am on 19 September 2019 at the offices of Bracher Rawlins LLP, 77 Kingsway, London WC2B 6SR.

I am glad to say that, for the second year running, it has been the best year’s performance since we engaged Gresham House as the Manager. Given the volatility of markets and the high level of political uncertainty globally this is an excellent achievement. As you will see from the accounts, this performance has, for the first time, triggered the success-related incentive fee of £2.3m (inclusive of VAT). To remind shareholders, the incentive fee is set at 15% of the upside achieved subject to a hurdle rate of 7% p.a. and the usual high watermark provisions – this fee is accumulative for three years of above-hurdle performance.

I said last year that the Strategic Public Equity (SPE) strategy often necessitates a downward trip on the J curve before the actions the Manager takes start to have their effect. I think the results described in more detail in the Manager’s Report supports this statement. They demonstrate the thesis that our investment approach can deliver superior returns over the longer term. After an initial investment period, the GHS NAV performance is now starting to reflect the longer-term 15-year track record of the Investment Team, which has outperformed the indices by on average 10.7% p.a. – this year the GHS NAV outperformed the FTSE Small Cap by 11.1%.

There are several other funds that, broadly speaking, follow the same investment philosophy and we are hopeful that through all our efforts SPE will become more recognised as a distinct strategy to which investors (individual and institutional) should have an allocation in their portfolio. We believe that the Joint Venture announced by Gresham House with Aberdeen Standard Investments will give this further momentum. Some of the benefits we hope to see for GHS include; increased breadth and depth of team, greater deal flow and increased investor awareness of GHS as the only listed vehicle offering the SPE strategy managed by the Gresham House team.

The headline rise in the share price over the year was 827p to 970p and the headline rise in NAV was 1175.1p to 1253.9p. The Board has also proposed to declare a final dividend of 11.1p per share which follows the interim dividend of 8.75p per share paid in December 2018, and brings the total dividends declared for the year to 19.85p (prior year 17.25p). The rise in NAV coupled with the increased dividend and the commitment to raise it by at least 15% in each of the next two years to 31 March 2021 has demonstrated two things. Firstly, that our strategies towards investee companies are delivering good returns and, secondly, the confidence of the Board that this trend will be maintained.

I have mentioned in all my recent reports that our discount to NAV is still too high. The reasons for this that I have identified in the past are being addressed continually. Our track record is getting longer, we have rebalanced the IMI holding within the portfolio, we are fully invested, we have used share buy backs and will continue to do so. We have not been able to address the issue of our small size, but we are hopeful that the combination of these factors plus the good performance will continue to help to reduce the discount. Over the last year it has fallen from 30.0% to 22.6% at the year-end. The Board’s aim is to reduce the discount to the point where the Company can realistically consider raising fresh capital. Becoming larger is more than an end in itself, it will also enable the Company to reduce its cost ratio which, although it has declined again, is higher than the Board would like.

I am pleased to report that some existing wealth manager shareholders have increased their stakes and new ones have joined our register. We believe that the support of individual investors and their wealth managers is the key to growing our shareholder base and eventually to raising new capital.

I wrote last year about MIFID II and its negative implications. Those comments have turned out to be apposite. Although there is some recognition in regulatory circles that the new rules have many flaws I fear it will be some time before some of the more glaring ones (like KIDs) will be changed. Overall there remains every likelihood that the trend seen already of reduced research on smaller-cap companies will continue. Whilst this is bad news in general for companies and investors, it is very good news for our investment strategy and thus we are extremely confident that the pipeline of possible investments will continue to exist and grow.

The Manager’s Report that follows will give you more detail on the performance, our larger holdings and the rationale behind them.

I would like to thank my colleagues on the Board for another busy year, our Managers and all their support staff.

We have had one change in our external support arrangements in that we now have an independent company secretarial service provided by Shakespeare Martineau with the renamed IQEQ (formally Augentius) providing all accounting and administrative service provision.

I would like to take this opportunity to thank shareholders for their continued support.

Following on from the Chairman’s comments, I am pleased to be able to write to shareholders about a busy and, in some senses, transformational year for Gresham House Strategic on both operational and investment fronts. The Investment Team, supported by the Gresham House platform and wider resource, made a number of important investments and divestments and achieved a number of operational objectives in the year. We have also identified opportunities for further work and improvement for the financial year ahead.

It was a volatile twelve months for UK equity markets, which failed to break through their all-time highs. Weakness and volatility dominated in the middle of the reporting period, notably through the end of the calendar year, with more buoyant performance in Q2 2018 and Q1 2019. Markets flitted between the more positive global growth narrative and bearish political concerns, most notably President Trump’s trade policies and Brexit negotiations (and their possible impact on global growth). The summer started strongly, largely off the back of a strong Q2 earnings season (especially in the US) and what looked like progress on Brexit. Frustratingly all this was relinquished between September and December as the Trump administration ramped up aggressive trade rhetoric, and uncertainty in Europe increased as Brexit negotiations soured and concerns about Italian sovereign debt re-emerged. The UK AIM and Small-Cap markets were punished particularly hard, as were technology stocks, and most equity indices entered into bear market territory at the end of 2018. The UK AIM and Small-Cap Indices ended 2018 at 22.4% and 13.9% respectively off their 52-week highs.

As is often the case, just when many thought the decade-long bull market had come to an end, the first three months of 2019 saw a sharp rebound in global equity markets. In our view, the drivers of this were threefold.

Firstly, the first few months of 2019 have seen a stabilisation of economic data which have started to soften (US) and show signs of recovery in other key regions (Europe and China). This has provided equity markets with a platform from which to rally, as a near-term global growth slowdown had been the key theme roiling markets at the back end of last year. As we have flagged to our investors over the past six months, we remain cautious of how lengthy the current cycle has become – and last year’s concerns were by no means unwarranted. We remain cautious on a longer-term view, though in the short to medium term we are more positive on the global economy in the form of an eventual US-China trade deal and a bounce in Europe driven by Brexit clarity. We note, that on 1 April, Goldman Sachs raised their US Q1 GDP estimate from 0.8% to 1.2%.

Secondly, the market fear clearly caught the attention of Capitol Hill and Beijing, for just as equities formally entered bear markets at the back end of December, a flurry of political statements and monetary/fiscal policies emerged, clearly designed to support confidence. In the US, the Treasury Secretary sought to calm the nerves of banks and held out an olive branch in the trade negotiations with China. In Beijing, significant stimulus increases were announced. The Federal Reserve offered its own contribution with a halt to rate hike plans. These efforts clearly worked – global equity markets bottomed the day Steve Mnuchin held a conference call with the President’s Working Group on Financial Markets.

Thirdly, the first two drivers discussed herein have meant that the c.20% declines across major equity indices in the US and Europe created an attractive buying point for investors who had been wary of valuations in 2018.

Perhaps more positively for our shareholders, in terms of investment style, there have been interesting changes in direction over the past twelve months. ‘Growth’ has been the real casualty of the Q4 market sell-off versus its performance at the start of the year (and for most of the past decade) and has been closely followed by ‘momentum’. The best relative performer by some distance has been ‘value’, having previously been the laggard. This is encouraging for investors in GHS as we have a more ‘value oriented’ portfolio of investments, something that is core to our approach. More on this in portfolio review. We would argue that some of the stronger performance this year can be attributed to this emerging change in backdrop and we anticipate this trend extending into next year as a decade-long dominance of growth and momentum investing recedes.

You can read the full GHS archive by clicking the EPIC code.

Gresham House Strategic well positioned for the challenges ahead