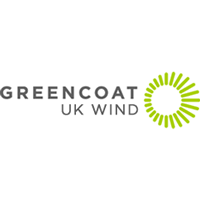 The Board of Greencoat UK Wind (LON: UKW) has announced that Tim Ingram, who has served as a Non-Executive Director and Chairman since 2012, has confirmed his intention to retire with effect from the conclusion of the April 2020 Annual General Meeting.

“I have had the privilege of being Chairman of Greencoat UK Wind since its inception in 2012. At the age of 72 I believe it is right for me to retire in April next year through not seeking re-election at the AGM. I continue to be delighted at the great value created for shareholders by Greencoat Capital management, who have succeeded in establishing the leading listed renewable infrastructure investment company, and have met or exceeded all the targets set at the time of our IPO in March 2013. I am very confident that the Company will be in good hands with Shonaid Jemmett-Page as my future successor.”

“On behalf of the Board, I would like to thank Tim for his highly valued contribution to the Company. I look forward to assuming my new role as Chairman from April next year.”

You can read the full UKW archive by clicking the EPIC code.

Greencoat UK Wind Plc Completion of the acquisition of 49.9% stakes in the Stronelairg and Dunmaglass