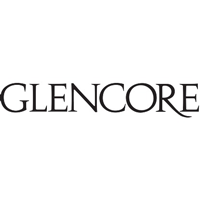 •       Own sourced cobalt production of 21,300 tonnes was 4,600 tonnes (28%) higher than H1 2018, reflecting a full six-month period of operation of Katanga’s cobalt circuit (started in Q2 2018) and improved cobalt recoveries at Mutanda. Katanga continues to apply technical solutions, which seek to maximise cobalt hydroxide production within acceptable uranium limits resulting in approximately 3,600 tonnes (59%) of the 6,100 tonnes produced in H1 2019 being below such limits.

•       Own sourced zinc production of 535,900 tonnes was 37,700 tonnes (8%) higher than H1 2018, reflecting the contribution of Lady Loretta mine (Mount Isa) and a stronger performance at McArthur River, partly offset by expected reductions at Antamina, reduced activity in Argentina and the impact of a safety-related stoppage at Kazzinc. Own sourced sales during H1 2019 were 59kt lower than production, due to timing of shipments following flooding in North Queensland that damaged rail infrastructure.

•       Coal production of 68.2 million tonnes was 6.2 million tonnes (10%) higher than in H1 2018, reflecting the contribution of interests in HVO and Hail Creek acquired during 2018, higher production at Prodeco, following a period of increased mine development, a strong operational performance in South Africa, partly offset by lower Cerrejón production to meet air quality requirements (control of dust emissions). Own sourced sales during H1 2019 were 3 million tonnes lower than production, due to timing of shipments.

•       The average spot Newcastle coal price for the period was $88/t. After applying a portfolio mix adjustment (component of our regular coal cash flow modelling guidance) of $10/t to reflect, amongst other factors, movements in pricing of non-NEWC quality coals, an average price of $78/t was realised across all coal sales volumes.

•       Updated production guidance (except for Africa copper and cobalt) is shown on page 17. As previously advised, Katanga is conducting a comprehensive business review which is expected to indicate lower production levels for 2019. The review is nearing completion and updated guidance, with accompanying presentation material, is expected to be provided next month, upon release of our interim financial statements. In H1 2019, Katanga produced 109,700 tonnes of copper and 6,100 tonnes of cobalt in hydroxide.

•       As flagged at our Investor Update in December 2018 and discussed again alongside our 2018 full year results in February, our Marketing segment has cobalt purchase commitments from the Group’s own mines (primarily in the DRC), against which price risk cannot be perfectly matched, due to the illiquid / immature hedging tools available and/or inadequate depth of the physical forward market. Reflecting our overall Group risk tolerance and appetite, our target cobalt price exposure (within Marketing) is minimal, however during any period of market oversupply, we could build some “involuntary” cobalt price exposure, which is what occurred through 2018. In this regard, from a Group perspective, there remains an unrealised profit lag (effectively between our Industrial and Marketing segments) until the final sale of product to an external counterparty. Our net cobalt price exposure was broadly unchanged from 31 December 2018 to 30 June 2019, reflecting a period of solid sales volumes. Based on our carried internally sourced priced cobalt exposure of 10.3kt, with the Metal Bulletin cobalt price falling some 50% during H1 2019 (from $58.4k/t to $29.4k/t) and a significant decline in hydroxide payabilities, we expect to report related EBIT losses within Marketing of approx. $350 million during this period. It is important to note that this reportable loss in H1 2019 will be principally non-cash, as funding in respect of building the position occurred predominantly in 2018. Excluding this cobalt loss, we expect to report overall H1 2019 Marketing EBIT of approx. $1.3 billion, which on an annualised basis is within the $2.2-3.2 billion p.a. guidance range.

“I am pleased to report a solid performance from our underlying base business, where our key assets in copper, coal, zinc and nickel performed largely in line with our expectations. However, our African copper business did not meet expected operational performance. We have moved to address the challenges at Katanga with several management changes as well as overseeing a detailed operational review, targeting multiple improvements to achieve consistent, cost-efficient production at design capacity. In Zambia, we are nearing the end of our multi-year site transformation projects, including plans to commission a new copper concentrator towards the middle of 2020 and the development of 3 new mining shafts. Completion of repairs to Mopani’s smelter is expected by the end of 2019. Our African copper assets retain significant potential and will play a key role in the transition to a low carbon economy. We have developed detailed turnaround plans and I look forward to taking you through these plans along with our financial performance on 7 August.”

You can read the full GLEN archive by clicking the EPIC code.