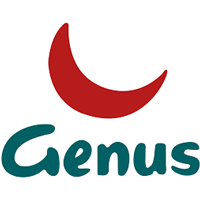 · Genus achieved strong strategic progress and performed solidly. Adjusted profit before tax equalled the record of the prior period, despite the challenging environment caused by the rapid spread of African Swine Fever (‘ASF’) in China. Genus expects to perform in line with the Board’s expectations for the full year.

· Adjusted basic earnings per share were 12% lower at 35.8p (11% in constant currency) due to a one-time deferred tax credit of £3.7m in the prior year relating to the tax reforms in the US. The statutory basic loss per share was 11.7p (2017: 69.0p profit per share), reflecting the GMP equalisation charge in the current year and a prior year US deferred tax credit of £32.0m from the US tax reforms.

o IntelliGen production successfully commenced in three new sites around the world, adding to the existing operations in the US, India and Norway

o Royalty revenue up 11% with growth in all regions

· Research and development investment increased as planned by 10%, primarily from continued investment in gene editing and the IntelliGen platform

“Genus performed well in challenging markets and made substantial strategic progress in the first half of the 2019 fiscal year. ABS continued to grow profit in double digits, driven by a combination of the success of Sexcel and NuEra, our proprietary beef genetics. Genus is well placed to benefit from and drive the accelerating market trend of dairy customers using sexed and beef genetics in combination.

“As anticipated, PIC was affected negatively by ASF in China but grew strongly in Europe and Latin America and we successfully commenced our strategic relationship with Møllevang Genetics. Our gene editing programme for PRRSv resistance in pigs made good progress and we have substantially increased the number of animals carrying the edit while continuing to engage constructively with regulatory authorities.

“We anticipate growing in the second half and performing in line with the Board’s expectations in constant currency for the full year. The Board has approved an interim dividend of 8.9 pence per share, an increase of 10% on last year’s interim dividend.”

You can read the full GNS archive by clicking the EPIC code.