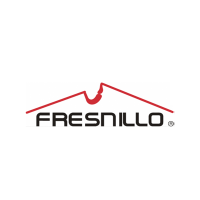 Fresnillo plc (LON:FRES) will hold its Annual General Meeting today at 12pm (noon) in London, and the following Company update will be made:

“2018 saw Fresnillo celebrate 10 years of being listed in the London Stock Exchange, over this time we have recorded an excellent set of achievements and built a track record of creating value through both growth and returns.

This has included an 80% increase in silver production and a 230% increase in attributable gold production during that time, as well as paying over US$2.8 billion in dividends to our shareholders.

We have remained committed to our stated strategy: invest in our business, grow production, increase reserves and resources, and deliver returns to our shareholders in times of great volatility for the mining sector.

We have also made significant contributions to the communities in which we operate such as more than doubling the employment rate, investing over US$135 million in health, safety and training, and paying more than US$2.3 billion in taxes.

We are firmly established as the world’s largest silver producer and Mexico’s largest gold producer. Now is the time to consolidate our position and make sure we continue to fuel our pipeline in order to deliver further growth in the coming years.

2018 was a more challenging year for our Company.

We achieved record annual silver production and a very strong gold production. However, we were disappointed not to meet our long-term silver target of 65 Moz.

Nevertheless, we are taking action to address this in a number of ways.

The geology found in the deeper levels of the Fresnillo and Saucito mines is distinct to that in the upper levels, in that with depth, veins become thinner and less predictable. As a result, we have been increasing infill drilling to achieve the same degree of certainty that we have seen in the past.

We have also invested in innovative technology, additional infrastructure (including a new vertical conveyor) and new metallurgical processes to improve productivity. Additionally, we have increased the number of contractors to meet our development targets.

Despite a more challenging operating performance, we maintained a very strong financial position.

The Group generated over US$2.2 billion in adjusted revenue for the year, flat year on year. Profit during the year decreased, while cash and other liquid funds were US$560.78 million at the year end. Debt remained unchanged at US$800 million.

The Board has recommended a final dividend of 16.7 US cents per Ordinary Share, bringing the total amount paid for the year to US$201.9 million.

Looking ahead, we remain very confident in the long-term outlook for Fresnillo.

This confidence is founded on our track record and our proven consistent conservative strategy.

This translates into a focus on disciplined organic growth and on our four strategic pillars: exploration, development, operations and sustainability.

We have made excellent progress on our development pipeline.

The first stage of the new Pyrites plant has now been completed and commissioned on budget. The plant will make an important contribution to production by extracting additional quantities of gold and silver from tailings at the Fresnillo and Saucito mines. Stage two is underway and is expected to be concluded by the end of next year.

We also commissioned the second line at the Dynamic Leaching Plant at Herradura during the year.

Most significantly, we were pleased to announce the Board’s approval of the Juanicipio project, which has now moved from Exploration into the Development phase.

Juanicipio will be a key project for Fresnillo. It is a high-quality asset which we expect will make a meaningful contribution to production in the first half of 2021, after completion in late 2020, maintaining our long track record of high growth and returns. US$395 million will be invested as pre-operative capex during the Development phase, 56% of which Fresnillo will invest and the remaining 44% will be invested by our partner Mag Silver. Fresnillo will operate this new mine.

As we reported in April, first quarter production was down as expected on the same period last year, though slightly weaker than anticipated.

Full year guidance however remains unchanged as we expect to realise the benefits from the investments we have made into the operations.

As always, our approach towards exploration, and investing throughout the mining cycle, is one of the strengths that differentiates us from other mining companies.

We are also seeing positive results at a number of exploration projects, both in our home market but also in our growing international interests in Peru and, most recently, in Chile.

Given Fresnillo’s disappointing safety results, Tomás Iturriaga has been assigned to reinforce the Sustainability and Community Relations area, regularly informing the Chairman and his staff on measures taken and progress achieved.

Tomás is an Electrical Mechanical Engineer, with a Global MBA from the Thunderbird School and a General Management Programme from Harvard Business School. He has over 17 years of professional experience in the mining sector working for companies such as Goldcorp, Capstone Mining Corp and Endeavour Silver Corp.

I am pleased to report further progress on our environmental sustainability agenda.

As announced at our AGM last year, over 60% of the electricity we consume is now provided by wind power and we are on track to hit our 75% target by the end of 2019.

We also retained our place in the FTSE4Good Index and joined the STOXX Global ESG Leaders index for the first time.

Our Chief Operating Officer, Roberto Díaz, retired at the beginning of 2019, following eight years of committed service. On behalf of the Board, I thank Roberto for his significant contribution.

We have also announced some changes to the Board.

Guy Wilson retired from the Board at the 2018 AGM, following ten years of service and he has been replaced as Chairman of the Audit Committee by Alberto Tiburcio.

During the year, the Board was strengthened by the appointment of Georgina Kessel as an Independent Non-executive Director. Ms. Kessel worked in the Mexican government where she served as Secretary of State of the Ministry of Energy from 2006 to 2011. Ms. Kessel’s appointment brings the number of female Directors to three, in line with our commitment to gender diversity.

Furthermore, Mr. Jamie Serra Puche resigned from the Board of Directors after five years; we thank him for his counsel during that time.

And finally, in April, the Nominations Committee recommended Mr. Luis Robles to be proposed for election as an independent non-executive director of the Company at today’s meeting with his appointment to take effect immediately after the conclusion of the AGM.

Mr. Robles served as the Chairman of the Board of Directors of BBVA Bancomer from 2012 until his retirement in September 2018, having previously served as Vice-Chairman from 2007-2012 and as Chairman of the Mexican Banks Association from 2014-2017.

The Board has also approved a recommendation from the Nominations Committee that Mr. Robles be appointed as a member of the Audit Committee and the Remuneration Committee, both with effect from his appointment to the Board.

To conclude, we do expect 2019 to be a more challenging year than 2018, with a number of industry variables potentially working against us. Nevertheless, internal conditions in the long-term remain sound.

We maintain our confidence in Mexico and will keep investing in the projects under exploration.

Our model is proven, our people are skilled, experienced and dedicated, and a track record of creating value through growth and returns will continue to be our defining characteristic.

Chairman of the Board”

You can read the full FRES archive by clicking the EPIC code.