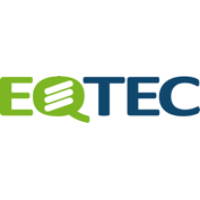 EQTEC (LON:EQT), the technology solution company for waste gasification to energy projects, has today announced that its wholly owned subsidiary, EQTEC Iberia SLU, has received approval from LERMAB (the University of Lorraine’s research laboratory on wood material) to carry out tests utilising Refuse Derived Fuel (“RDF”) at the Feedstock Research and Demonstration Plant (the “Plant”) built in collaboration with EQTEC, located at the University of Lorraine (“UL”), in France.

The Company believes that the ability to test RDF as a feedstock in the UL Plant is of significant importance, as it should provide EQTEC with accurate operational data on the behaviour of project specific types of RDF, which the Company can then share with, inter alia, both potential and existing project partners, funders and stakeholders. EQTEC considers that such operational data is critically important in order to widen the number of potential providers of project funding and it could potentially reduce the timeline to financial close by enabling a commercial understanding of the feedstock at an earlier stage in the project process. In addition, the Company anticipates that access to the data can assist in reducing the cost of insurance backed premiums in relation to performance warranties. For these reasons, the Company believes that this will lead to increased demand for its technology.

EQTEC has been collaborating with Doctor Yann Rogaume from LERMAB, as well as UL’s Engineering School, ENSTIB (National School of Wood Technologies and Industries), since 2012. In 2014, EQTEC’s proprietary gasifier technology was selected as the technology for the Plant testing facility, which was built in 2015 having been financed from French and European public funds.

Several tests have been carried out since 2016 on various biomass fuels. During 2019, following an upgrade, the Plant was also utilised for RDF tests by blue chip operators in the waste sector, such as TIRU, a subsidiary of EDF Group specialising in waste recovery. These RDF tests were conducted under the auspices of the ‘Terracotta Project’, in which the Company was involved alongside EDF, the French National Centre for Scientific Research (CNRS), TIRU and UL. The aim of the ‘Terracotta Project’ has been to assess the feasiblity of RDF gasification at an industrial scale, the results of which have been positive to date.

“We are excited that this important RDF testing capability has been approved at Lorraine University. We believe that this will deepen and strengthen our relationship with universities and research centres committed to finding energy from waste solutions, which are both commercially viable and environmentally sound, through the use of our EGT technology. The skills and experience at LERMAB are world class and this collaboration should continue to bring value by reassuring strategic partners and operators in the space about the capabilities of our technology. We are very proud of LERMAB’s and the University of Lorraine’s continued endorsement of our technology.”