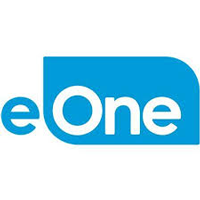 Entertainment One (LON:ETO) provides the following update on the Group’s performance as it completes the twelve-month period ended 31 March 2019.

· Strong Group underlying EBITDA performance: up by over 25% in Family & Brands

· Television’s strong momentum during the year was driven by both new and recommissioned series – with a robust pipeline of over 60 new talent-rich projects set up for development. The transition to production in film has been largely completed as planned, significantly improving margins with average box-office revenue per release up by 44%

· Group performance for the year is in line with management expectations with net debt at the year-end of approximately 1.8x underlying EBITDA

“As we continue to focus on unlocking the power and value of creativity, Entertainment One has delivered a solid performance for the year, driven by strong momentum in Television, continued growth in Family & Brands and with the restructuring of Film having a beneficial impact on the slate and margins. As such, the financial performance of the business is in line with management expectations for the year.

FY19 was an important year in the implementation of our strategy, which has been developed to capitalise on the dynamics of a rapidly evolving media landscape. We are pleased to have seen the benefits of these strategic actions bearing fruit across all Group’s divisions.”

FY19 was another successful year for Family & Brands. Reported revenue and underlying EBITDA for the year was up by over 25% compared to the prior year period. Across Family & Brands there are now over 1,600 live licensing and merchandising contracts globally (FY18: almost 1,500).

Peppa Pig continued its strong performance in markets around the world, generating multiple revenues outside its licensing and merchandising businesses, including SVOD (subscription video on demand), AVOD (ad-funded video on demand) and experiential formats. The production of 117 new episodes is well under way, bringing the total number of available episodes to 381. The new episodes will be aired by broadcasters from spring 2019 through to 2023. Alongside this, global location-based entertainment partner Merlin Entertainments opened two Peppa Pig World of Play centres during the period, in Shanghai and Dallas, with a further four expected to be opened during the next twelve months, two in China and two in the US. These developments will further energise brand awareness and reinforce Peppa Pig’s status as an ‘evergreen’ property.

In China, revenues have increased by 50% driven predominately by Peppa Pig through robust SVOD sales and the 71 live licensing and merchandising contracts in the market. eOne’s master toy partner in China, Alpha, has led the commercial launch of the brand in FY19 with a continued roll-out of additional SKUs planned for FY20 and beyond. The theatrical release of Peppa Pig Celebrates Chinese New Year in January 2019 generated a high level of social media buzz globally and drove strong brand awareness across the territory.

PJ Masks goes from strength to strength across its markets achieving year on year growth of over 40%. In only its fourth year, PJ Masks represents approximately 37% of Family revenues in comparison to Peppa Pig which represents 57% of revenues as both brands have continued to grow. Following the airing of the second season in the US, the brand was ranked top three in pre-school toy properties in 2018 and top four in the UK. Season three airs on Disney Channel in North America from April 2019 and throughout the year for other territories. Season four has been greenlit and is now in pre-production. In China, the property has been successfully rolled out across the major digital platforms and is now also being carried on the national CCTV cable channel with 11 live licensing and merchandising contracts, also led by master toy partner Alpha.

Cupcake and Dino: General Services seasons 1 and 2 were fully delivered to Netflix in the year and a new comedy show has been greenlit and is in production with a major global SVOD platform.

Momentum in television has been strong throughout the year, with over 1,000 half hours of produced/acquired content delivered in FY19, in line with previous guidance and over 20% higher than FY18. eOne completes FY19 with over 60 television projects in funded development with major broadcasters, cable networks and digital platforms. The performance of on-air shows has been strong during the year. The Rookie debuted on ABC, achieving ratings highs for its broadcast slot and key eOne series were successfully recommissioned for ongoing seasons. Heritage shows have also been renewed, including Grey’s Anatomy which is now the longest-ever running US medical drama. The unscripted television business also performed well during the year, successfully led by shows including Siesta Key, America Says and Ladies’ Night.

The pivot towards production and away from third-party distribution saw fewer, but more profitable films which have improved underlying EBITDA margins. Average revenue per release increased by 44% despite box office revenues being broadly flat at US$200.7 million (FY18: US$207.6 million). As expected, the reduction in the number of film releases across our slate has resulted in lower revenues across the division for FY19 compared to the prior year period. The total number of unique titles is anticipated to be 57 for FY19, down from 85 in the prior year; this is expected to decrease further over the coming years as we aim towards a run-rate of 35-40 unique titles per annum.

Successful film releases during the second half were led by the Academy Award® winning Green Book from our partners DreamWorks and Participant Media and eOne’s BAFTA-nominated Stan & Ollie, which achieved UK box office revenues of over £10 million in its first eight weeks of release.

As announced during the period, films in our Australian and Benelux territories are moving to sub-distribution arrangements with Universal Pictures International and WW Entertainment respectively as we continue to focus our direct distribution efforts on fewer, more targeted theatrical releases.

In Music, investment in new business verticals and the continuing recovery of the music industry are resulting in year on year growth of over 20% in revenue and underlying EBITDA. The transition from a transactional model to subscription streaming is now substantially complete and with it has come significant revenue expansion which appears poised to continue into FY20 across all our music activities.

The outlook for the Group’s underlying financial performance for FY19 is in line with management expectations, with net debt at the year-end of approximately 1.8x underlying EBITDA.

Across eOne, our commitment to building the leading talent-driven entertainment company is reflected in our growing network of creative partners and exciting content development and production pipeline.

In Family & Brands, alongside continuing growth for Peppa Pig and PJ Masks around the world, new rollout Ricky Zoom is scheduled for launch in China on SVOD platform Youku in spring/summer 2019, to be followed by a global broadcast launch in autumn/winter 2019 in all other territories simultaneously. The consumer products launch of the brand is anticipated to be spring/summer 2020 with global toy partner TOMY. A further seven properties are in development, across pre-school and older demographics.

New scripted television shows commissioned during the year for delivery in FY20 include Run, a romantic comedic thriller created and co-written by Vicky Jones and Phoebe Waller-Bridge for HBO and the pilot of Deputy, a scripted drama starring Stephen Dorff (True Detective) for Fox. The unscripted business continues to expand through our partnerships with Renegade and Whizz Kid as well as first-look deals with Tommy Mottola, MGMT.Entertainment and documentary filmmakers Amy Ziering and Kirby Dick.

Highly-anticipated film releases include Scary Stories to Tell in the Dark, co-produced by Guillermo Del Toro and Queen and Slim, the first feature from Makeready, currently in production starring Daniel Kaluuya which will be released by eOne in its direct territories and by Universal internationally, including the US. eOne recently announced its partnership with 21 Laps Entertainment (Stranger Things, Arrival) on science fiction film Sovereign, starring Academy Award® winner Mahershala Ali.

You can read the full ETO archive by clicking the EPIC code.

Entertainment One Ltd Closing of Senior Secured Notes Offering at 4.625%