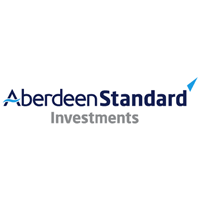 Article by: Charlotte Edwards 8th May 2019

Edinburgh Dragon Trust (LON:EFM) objective is long-term capital growth through investment in Asia, with the exception of Japan and Australasia. Investments are made primarily in stock markets in the region, principally in large companies. When appropriate, the Company will utilise gearing to maximise long term returns.

The Company’s benchmark index is the MSCI All Country Asia (ex Japan).

· Against a background of market volatility during the six month period to 28 February 2019, the continuing improvement in the Company’s relative investment performance was encouraging.

· The Company outperformed its benchmark index over the review period by 2.4%; the NAV fell by 1.1% on a total return basis compared with a fall in the index of 3.5%. The Manager’s focus on selecting companies that are industry leaders with clear growth drivers, particularly within China, proved resilient amid turbulent markets.

· The Company undertook a Tender Offer during the period whereby 30% of the Company’s shares were repurchased for cancellation at a 2% discount to its net asset value less the costs of the transaction.

· The shorter term outlook for the Asian market remains volatile against a background of geopolitical uncertainty and economic challenges facing China. The importance of company fundamentals continues to be a key focus – many of the Company’s underlying holdings, with their sound financials and healthy balance sheets, should deliver reasonable profit growth and better capital returns in these more testing times.

· Over the longer term, Asia’s vast potential is undiminished. Structural trends, such as the greater affluence, growing workforces combined with the advent of new technologies will drive the region’s future growth. The Manager’s focus on quality companies with clear competitive edges, growth drivers and solid balance sheets can tap into these promising dynamics placing the Trust into a good position to gain from the region’s rich potential.

The six month period under review was one of great volatility in global stock markets. While the Company’s net asset value (NAV) fell by 1.1% on a total return basis, this compares with a fall in the Company’s benchmark, the MSCI AC Asia ex Japan Index of 3.5% over the same period. It is encouraging to see the recent improvement in relative investment performance continuing. The share price finished unchanged at 370.0p, reflecting a tightening in the discount, from 12.2% to 10.3%.

The Company’s investment performance has benefitted from the more conservative approach of your Manager focussing on quality companies with solid fundamentals and robust balance sheets. These characteristics served the portfolio well as defensive stocks returned to favour amid the market turbulence from the autumn. The Trust’s increased exposure to China via selective investments also paid off, as many of these positions outperformed the broader Chinese market and boosted the Company’s overall performance.

A torrid final quarter of 2018 dragged Asian equities lower over the six months. Shrinking global liquidity impacted markets negatively and the US Federal Reserve’s (Fed) interest rate increases lifted the US dollar. This in turn triggered policy tightening by various Asian central banks to maintain stability. Meanwhile, trade tensions between the US and China continued to ratchet higher. These worries combined to create a broadly based sell-off in Asian stockmarkets. Regional pressure points, including China’s slowing economy, and a liquidity crunch afflicting India’s non-bank financial sector, added to risk aversion.

However, the tide turned in the New Year. With macro risks rising and signs of growth momentum faltering, the Fed unexpectedly changed tack. It signalled a possible pause in further rate hikes, shifting away from its previous hawkish stance. The US and China also appeared to reach a detente in their trade dispute, with President Trump deferring a planned tariff hike in March. Investors grew more hopeful that both sides could strike a deal. As a result stockmarkets rallied, recouping some of 2018’s losses.

Chinese markets were volatile during the period, but your Manager sought to mitigate volatility and risk by selecting industry leaders with clear growth drivers. This approach has given the portfolio resilience in the period under review.

Stocks worth highlighting were several domestically-oriented consumer holdings, such as high end liquor maker Kweichow Moutai. Early in the half, its shares sold off after it posted weaker than expected earnings. Your Manager used this opportunity to increase the Company’s exposure to the distiller, noting that its structural advantages remained intact, including its dominant brand and good pricing power. The decision proved prescient as the company’s subsequent growth forecasts and plans to increase direct sales were well received. Another notable contributor was China International Travel Services (CITS), which runs duty free shops. The company’s earnings have been consistently robust, underpinned by the growing appetite for international travel amongst Chinese consumers. Both Moutai and CITS’ prospects remain positive, with wealthier consumers likely to underpin demand for premium products and services.

Meanwhile, the positions in the Chinese internet sector also boosted the Company’s returns. The lack of exposure to Baidu helped, as the search-engine company’s shares fell on worries that its advertising business faced a squeeze from both larger rivals and smaller upstarts. Instead, the Trust has exposure to the sector via Autohome and Tencent. These were beneficial to performance, and your Manager added to both positions during the period. While regulatory uncertainty continued to hinder Tencent’s core online games business its efforts to grow other revenue streams bore fruit, as its digital payments, online advertising and cloud services businesses continued to generate good cash flow. Its corporate governance standards are also superior to most of its peers. All this offset the negative impact from not holding Alibaba, whose solid results supported the internet giant’s share price, but your Manager currently harbours governance-related concerns.

Outside China, your Company’s higher-than-benchmark exposure to Indonesia proved rewarding, amid favourable shifts in the macro environment. Softer oil prices and a stable US dollar eased pressure on the local currency and lifted domestic equities. Bank Central Asia (BCA) was a key beneficiary, while it also gained from rising rates given its robust deposit franchise and lower funding costs. Its quality also shone through with robust loan growth, expanding margins and healthy asset quality. Meanwhile, cement company Holcim Indonesia rallied on news that it would be acquired at a premium. Your Manager took advantage of the run-up in Holcim’s share price to divest the Trust’s position.

India and Korea detracted from performance. The Company’s overweight to India was costly amid broad based weakness in the market. Ongoing stress in the credit system weighed on financial linked stocks, including Piramal Enterprises. While not new, the problem was amplified by the default of infrastructure leasing firm IL&FS last year. The liquidity squeeze also hurt consumer companies such as Hero Motocorp, due to worries that a slowdown in financing would dampen auto sales growth.

In Korea, Samsung Electronics declined after its fourth quarter profits disappointed, along with renewed concerns of a weakening semiconductor cycle. Nonetheless, Samsung remains a core holding due to its solid long-term prospects. It is developing more diverse sources of demand for its memory chips amid the expansion of nascent technologies such as high powered computing, artificial intelligence and electric vehicles. Moreover, its cash flow has remained positive despite increasing investment, which supports its commitment to improving dividends. Over the period, your Manager also made minor adjustments to the portfolio’s exposure to other Korean holdings. They added to the holding in chemicals company LG Chem, given that robust cash generation from its core business provides a steady platform to extend its leadership in the electric vehicle battery market. Conversely, your Manager trimmed positions in internet company Naver and cosmetics group AmorePacific.

Apart from the portfolio adjustments mentioned, your Manager also reduced most of the holdings in the portfolio to help fund the recent tender for the Company’s shares.

Events during the Period

The Company extended its one year unsecured revolving loan facility of £50 million which was due to mature on 30 January 2019 for a further six months. As at 28 February 2019, the amount drawn down was £25.5 million and net gearing represented 3.8% of net assets.

Following the tender offer, the Board has undertaken a review of the Company’s gearing strategy. The Board is supportive of gearing and continues to believe that sensible use of modest financial gearing should enhance returns to shareholders. Gearing options, including longer term facilities, are currently under consideration by the Board.

The last six months have been challenging for Asian equities. While the late 2018 market weakness seemed overdone, the opposite has been true for the market’s recent rebound. Volatility seems a constant, especially if the US-China trade truce dissipates. It is clear that the trade dispute is part of a larger and more complex tussle for geopolitical supremacy. With both sides still holding deep-seated differences, a solution that fully resolves the conflict may prove hard to attain. Your Manager remains watchful over these developments.

Beijing continues to grapple with the challenge of trying to boost its economy while reducing its still substantial debt pile. Elsewhere political risks will also intensify amid ongoing elections in Indonesia and India.

In such uncertain times, it is imperative to focus on company fundamentals. Many of the portfolio’s underlying holdings are expected to deliver reasonable profit growth. Their sound financials, including healthy cash generation and balance sheets, also remain supportive of better capital returns.

More broadly, Asia’s vast potential is undiminished despite the near-term gyrations. Emerging trends, such as vehicle electrification, automation and e-commerce are changing the way people live and work. Innovative companies in the region are at the forefront of the development and adoption of these new technologies. Meanwhile, more affluent populations will spur demand for premium products and infrastructure, as well as financial, healthcare and communication services. Your Manager’s focus on quality ensures that the portfolio’s holdings can tap into these promising dynamics, given their competitive edge and growth drivers. Hence, the Board feels confident that your Company is well positioned to deliver good long term returns.

I have been privileged to serve as a Director of the Company since 2006 and as Chairman from 2009. In line with the Board’s succession plan, I will retire from the Board on 3 July 2019. James Will, who was appointed to the Board on 1 October 2018, will take over the chairmanship at that time. James has a wealth of experience within financial services and, in particular, investment trusts.

I have greatly enjoyed being both Chairman and a Director of our Company over these past 13 years and we have seen the Company through both exciting and demanding times. I believe that I am leaving the Company in highly capable hands and I wish the shareholders, the Board and the Manager the very best for the future.

You can read the full EFM archive by clicking the EPIC code.