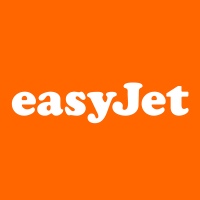 easyJet (LON:EZJ) has delivered a solid performance in the fourth quarter with robust customer demand and the delivery of self-help initiatives driving outperformance in both our passenger and ancillary revenue per seat. Our cost performance remained strong and in line with expectations despite the difficult Q4 disruption environment. Our operational resilience initiative was a driving force behind the strong performance.

easyJet expects to deliver Full Year 2019 headline profit before tax of between £420 million and £430 million. This is in the upper half of the previous guidance range.

Passenger1 numbers for the full year increased by 8.6% to 96 million, driven by an increase in capacity2 of 10.3% to 105 million seats. Load factor for the full year will decrease by 1.4 percentage points to 91.5%.

Total headline cost for the full year will increase by circa 12.0% due to increased capacity, higher unit fuel costs and adverse foreign exchange movements. This increase was partially offset by improvements in cost per seat ex fuel.

Headline cost per seat excluding fuel at constant currency will decrease by circa 0.8% for the year, in line with previous guidance. Despite a difficult disruption environment experienced in the fourth quarter, which included the impact of storms across Europe and the technical issues experienced at Gatwick airport, the operational resilience initiative was a key driving force behind the strong performance.

easyJet’s total fuel cost for Full Year 2019 is expected to be around £1,420 million, which includes an adverse impact of foreign exchange and increased Emissions Trading System (ETS) costs.

Total headline foreign exchange will have a year-on-year adverse impact of around £14 million.

Quarter one 2020 forward bookings3 are currently in line with the same time last year and our expected capacity growth for full year 2020 will be at the lower end of our historic range. easyJet’s scheduled year-on-year capacity growth in Q1 is currently around 2%.

easyJet plans to provide further details on its FY20 priorities as part of the Full Year 2019 results announcement on Tuesday 19th November 2019.

“easyJet has continued to perform in line with expectations, despite challenging market conditions.

“As a result of our self-help initiatives and the increased demand due to disruption at British Airways and Ryanair, we anticipate achieving headline profit before tax for the full year 2019 of between £420 million and £430 million, in the upper half of our previous guidance range.

“Our implementation of initiatives in the fourth quarter to optimise yield has led to solid revenue performance with total revenue per seat at constant currency set to increase for the full year. We have continued to invest in operational resilience, with the programme successfully reducing the impact of disruption on our operations. As a result, we expect to report a fall in headline cost per seat for the year, excluding fuel at constant currency.

“I would like to thank all our people for their continued tireless work in delivering the warmest welcome in the sky to all our customers.”

1.  Passengers represents the number of earned seats flown. Earned seats include seats that are flown whether or not the passenger turns up as easyJet is a no-refund airline, and once a flight has departed a no-show customer is generally not entitled to change flights or seek a refund. Earned seats also include seats provided for promotional purposes and to staff for business travel.

2.  Capacity based on actual number of seats flown

easyJet announces changes to the Board