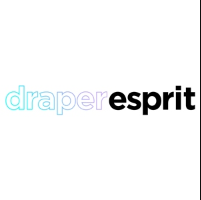 Draper Esprit Plc (LON:GROW), a leading venture capital firm investing in and developing high growth digital technology businesses, today announces a £18 million ($24 million) investment in Ledger, the Paris headquartered cryptocurrency and blockchain security company. The investment will enable Ledger to significantly scale up its operations as demand for its products increases at pace.

The £56 million ($75 million) round, which was oversubscribed, was led by Draper Esprit, with additional funding from Draper Venture Network funds, including Draper Associates, Draper Dragon and Boost VC, as well as FirstMark Capital, Cathay Capital, and Korelya Capital. The round is the largest venture capital series B investment into blockchain and cryptocurrency related technologies to date (excluding ICOs). Existing investors, CapHorn Invest, GDTRE and Digital Currency Group, also participated in the round.

As cryptocurrency participation has increased, so have associated security challenges. Cryptocurrency investors face a nascent landscape of exchanges, brokers and wallet providers. In this context there are substantial opportunities to improve security and trust for participants.

Ledger was founded in 2014 by an ambitious team of eight entrepreneurs who saw the potential for blockchain technology to advance the way we live and that security would be the cornerstone of its long term success. The company has been growing strongly since then and now employs 82 people in San Francisco, Paris and Vierzon.

Ledger, which is already profitable, has sold over a million of cryptocurrency hardware wallets to customers in 165 countries. They are also launching a new financial institutions solution , the Ledger Vault, enabling hedge funds, banks and family offices to manage their crypto assets.

All these products are underpinned by a unique Operating System (OS) specifically designed to run on any secure hardware and to support any cryptocurrency. This OS enables security for wider blockchain applications and will eventually accelerate adoption in a wide variety of industries, from the internet of things to driverless cars.

Simon Cook, CEO at Draper Esprit Plc, who has joined the Ledger Executive Board, commented: “Blockchain, as evidenced by crypto assets, is a truly revolutionary technology. Security will be paramount to its success and we believe that Ledger has built the world’s best security platform to manage private keys for all blockchain and crypto asset applications. This is a global company for a global industry and we have built an international syndicate through the Draper Network to support the team in their huge ambition. We look forward to partnering with Eric, Pascal and the talented team at Ledger.”

Tim Draper, Founder of DFJ, the Draper Network, and one the largest owners of Bitcoin, commented: “Ledger creates security for cryptocurrency far beyond what I get from my bank. This is where people store money now. Ledger lets me take control of my currency rather than having to ask my bank. We’re seeing digital currency blossom across every continent and so several of the Draper Network funds, from Silicon Valley, Europe and Asia have come together to fund Ledger and help them expand globally.”

Eric Larchevêque, CEO at Ledger, added: “We initially designed our Ledger hardware wallet as an enabler for the blockchain revolution. Three years later and with this series B, we are reaching a significant milestone in our path to build a technological giant in the promising space of cryptocurrencies. These funds will be used to keep investing significantly in R&D while scaling our operations and deploying our teams globally. I am delighted to bring on board Draper Esprit and a truly global group of investors who will support the company as it grows rapidly.”

You can read the full blockchain BTC GROW archive by clicking the EPIC code.

All but one of the top 100 Coins fall, Bitcoin, Ethereum, Ripple all down