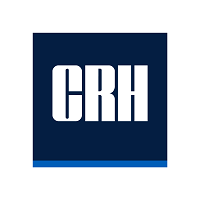 CRH (LON:CRH) announced today that Mr. Richard Boucher was appointed as Chairman Designate on 25 September 2019. He will succeed the present Chairman, Mr. Nicky Hartery, on 1 January 2020. Mr. Hartery, who has been Chairman since May 2012 and a Board member since 2004, will retire as Chairman and from the Board on 31 December 2019.

Mr. Boucher (61) joined the CRH Board in March 2018 and has been Chairman of CRH’s Remuneration Committee since September 2018. He was Chief Executive of Bank of Ireland Group plc between February 2009 and October 2017. He also held a number of key senior management roles within Bank of Ireland, Royal Bank of Scotland and Ulster Bank. He is a non-executive Director of Kennedy Wilson Holdings, Inc. and Eurobank Ergasias SA.

The Board has also appointed Mr. Johan Karlström as a non-executive Director, with effect from 25 September 2019.

Commenting on these appointments Nicky Hartery, CRH Chairman, said: “The appointments announced today are important steps in the ongoing process of board renewal. Richie’s appointment as Chairman Designate follows a robust and thorough selection process led by CRH’s Senior Independent Director, Gillian Platt. With a track record of creating value for shareholders, he is ideally equipped to lead the Board through the next phase of the Group’s development. We are also delighted that Johan has joined the Board. His background and his knowledge of our industry will be an important addition to the collective skills and experience of the Board.”

Albert Manifold, CRH Chief Executive, said: “On behalf of the Board, I want to thank Nicky for the significant contributions he has made during his service on the Board, including his stewardship following the financial crisis and overseeing the significant reshaping of CRH’s portfolio and our ongoing business improvement initiatives during his tenure as Chairman.”

You can read the full CRH archive by clicking the EPIC code.

CRH 2019 Another year of progress