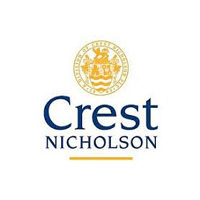 Crest Nicholson Holdings plc  (LON:CRST) today announced that Peter Truscott will join the Board of Crest Nicholson as Chief Executive in succession to Patrick Bergin.

The Board of Crest Nicholson announces that Peter Truscott will become the Chief Executive of Crest Nicholson following the cessation of his contract with Galliford Try PLC which is expected to be in September 2019. Patrick Bergin has agreed to step down from the Group Chief Executive role and from the Board at the Annual General Meeting (“AGM”) on 26 March 2019, and will not stand for re-election.

In the interim, Chris Tinker, currently Chairman of Major Projects and Strategic Partnerships and Board director, will become interim Chief Executive and will be supported by Stephen Stone, Chairman, who (as previously announced) will become Non-Executive Chairman from 1 April 2019.

Chris joined Crest Nicholson in 1988 and has been a part of the Executive Management Team since 2007 playing an instrumental role in the acquisition, planning and delivery of a number of the Group’s largest residential projects. Chris has been a key part of the new strategy alongside Stephen; that strategy is now in place and we have an experienced and highly-regarded incoming CEO in Peter Truscott to continue to execute this. Through the transitional period, Stephen will continue to be engaged in the business working closely with Chris, providing advice and input into the implementation of the strategy.

Peter Truscott has more than thirty years’ experience in housebuilding across a range of models and tenures. He is currently Chief Executive of Galliford Try PLC, a position he took up on 1 October 2015. Prior to joining Galliford Try he was Divisional Chairman, South at Taylor Wimpey plc and a member of its Group Management team. He spent 19 years at Taylor Wimpey and George Wimpey and has also previously held positions at CALA Homes. He will bring valuable experience to lead the Company’s refreshed strategy, which will deliver on the strong embedded margin in the Company’s land pipeline and establish the Company’s new core housing range.

Stephen Stone, Chairman, commented: “We are delighted to welcome Peter to Crest Nicholson. We announced last year that we were shifting strategy from growth to cash generation with a strong emphasis on partnerships and other joint ventures, to de-risk the portfolio while delivering more homes. Peter is highly experienced at delivering a broad range of housing needs to customers working with Local Authorities, Housing Associations as well as private homebuyers. This, together with his operational and public company experience, will bring strong additional expertise to our team.

We are extremely grateful to Patrick Bergin for his dedication, time and commitment to Crest Nicholson over the last 13 years both as Group Finance Director and latterly as Chief Operating Officer and Group Chief Executive and wish him well for the future.”

The Company confirms that no other disclosures are required pursuant to LR9.6.13R.

The Company has provided an update on trading in its separate AGM Statement.

As announced on 26 February 2019, Duncan Cooper will be joining the Company as Group Finance Director on 17 June 2019. In the meantime, we are pleased to have on board Rod Holdsworth who joined the Company in January on an interim basis. Rod has significant experience as a Group Finance Director in the construction, engineering and services sectors having fulfilled similar roles at Wates Group, OCS Group and Morrison plc. Rod will continue in his interim role until Duncan joins the Company in June with an appropriate handover period thereafter.

The Company will be withdrawing Resolution 4 (re-election of Patrick Bergin) at its AGM.

The following remuneration arrangements apply to the changes:

Peter will have a starting salary of £650,000 per annum, pension contribution of 10% of salary and a bonus opportunity of 125% and LTIP award level in line with our policy (with the grant level to be determined based upon when Peter joins the Company) together with customary benefits such as company car and private medical. The package has been designed with reference to his compensation at his previous employer and the Remuneration Committee is satisfied that it is paying no more than is necessary to attract a candidate of Peter’s calibre.

He will also receive buy-out awards in relation to deferred remuneration and incentive schemes which have been earned or would be lost by virtue of leaving his previous employer. These will be matched like-for-like in relation to cash, shares and deferral at the times that such remuneration or incentive awards would have otherwise vested.

During his role as Interim Chief Executive Officer, Chris’ salary will be increased from £311,212 per annum to £430,000 per annum and bonus opportunity increased from 100% to 125% of salary for that period with payments over the year pro rated according to the period of the interim role.

Recognising additional time commitment Stephen will receive a higher fee of £260,000 per annum during the interim period before reducing to £225,000 (in accordance with our previous announcement), once Peter joins the Company.

Leaving arrangements for Patrick are in line with the Directors’ Remuneration Policy and will be disclosed on our website as required by s.430(2)(b) of the Companies Act 2006.

Full details of the above matters will be set out in our 2019 Directors’ Remuneration Report.

You can read the full CRST archive by clicking the EPIC code.