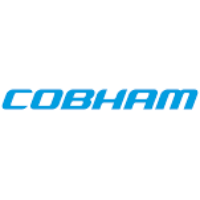 ·          The boards of Bidco and Cobham plc (LON:COB) are pleased to announce that they have reached agreement on the terms of a recommended cash acquisition of the entire issued and to be issued ordinary share capital of Cobham by Bidco. The Acquisition is to be effected by means of a scheme of arrangement under Part 26 of the Companies Act.

·          Under the terms of the Acquisition, Cobham Shareholders shall be entitled to receive

representing an attractive premium of approximately:

·             45.8 per cent. to the volume weighted average price per Cobham Share of 113 pence for the one month period ended 24 July 2019 (being the latest practicable date prior to publication of this Announcement); and

·             50.3 per cent. to the volume weighted average price per Cobham Share of 110 pence for the three month period ended 24 July 2019 (being the latest practicable date prior to publication of this Announcement).

·          The Acquisition values the entire issued and to be issued ordinary share capital of Cobham at approximately £4.0 billion on a fully diluted basis.

·          Accordingly, the Cobham Directors intend to recommend unanimously that Cobham Shareholders vote in favour of the Scheme at the Court Meeting and the resolutions to be proposed at the General Meeting as the Cobham Directors have irrevocably undertaken to do in respect of their own beneficial holdings of 935,492 Cobham Shares representing, in aggregate, approximately 0.04 per cent. of Cobham’s issued ordinary share capital on 24 July 2019 (being the latest practicable date prior to publication of this Announcement).

·          Bidco has also received a letter of intent from Artemis Investment Management LLP to vote in favour of the Scheme at the Court Meeting and the resolutions to be proposed at the General Meeting in respect of 122,677,960 Cobham Shares, representing, in aggregate, approximately 5.13 per cent. of Cobham’s issued ordinary share capital on 24 July 2019 (being the latest practicable date prior to publication of this Announcement).

·          Bidco has therefore received irrevocable undertakings or a letter of intent in respect of a total of 123,613,452 Cobham Shares representing, in aggregate, approximately 5.17 per cent. of Cobham’s issued ordinary share capital on 24 July 2019 (being the latest practicable date prior to publication of this Announcement).

·          Further details of these irrevocable undertakings (and the circumstances in which they shall cease to be binding or otherwise fall away) and the letter of intent are set out in Appendix III to this Announcement.

·          Bidco is an indirect subsidiary of funds managed by Advent. Advent is one of the largest and most experienced global private equity investors. The firm has invested in more than 345 buyout transactions in 41 countries. As of 31 March 2019, it had US$36 billion in assets under management. Advent has a strong track record of investing in high quality global industrial and engineering companies to achieve long term revenue and earnings growth, in domestic and international markets.

·          Cobham offers an innovative range of products and services to solve challenging problems in defence, aerospace and space markets with an emphasis on keeping people alive and assets safe in harsh or remote environments.

·          Cobham employs around 10,000 people and has customers and partners in over 100 countries. It has specialist capabilities and know-how in: wireless; audio; video and data communications, including satellite communications; defence electronics; air-to-air refuelling; aviation services; life support and mission equipment markets.

·          Cobham operates across four Sectors, each with differentiated capabilities and many leading market positions. Three of the Sectors design, manufacture and test intelligent hardware, primarily subsystems, with expertise in components. The fourth provides outsourced aviation services for an international customer base.

·         The Acquisition is subject to the further conditions and terms set out in Appendix I to this Announcement, including the receipt of the relevant clearances from the competition and regulatory authorities, in particular anti-trust clearances in the United States and the EU and foreign investment and regulatory approvals in the UK, Australia, France, and Finland. It is expected that the Scheme will become effective before the end of 2019.

·         Bidco will work with Cobham to engage constructively with all relevant stakeholders to satisfy these conditions.

Commenting on the Acquisition, Jamie Pike, Chairman of the board of Cobham, said:

“Cobham has leading positions in a number of attractive technology markets, with capabilities and know-how that are well aligned with our customers’ priorities. The Cobham management team’s turnaround actions over the last two and half years have begun to improve our performance, which is reflected in our 2019 interim results announced today. We believe that Advent would provide a complementary partner for Cobham’s stakeholders.

The Cobham Board is unanimously recommending the offer from Advent as it represents an opportunity for shareholders to realise their investment in Cobham in cash in the near term. The offer represents a 50.3% premium to the average share price over the last three months.”

“We have worked intensively over the last two and half years to focus on our customers and our financial and operating performance, and these fundamentals, along with the investment in the business Advent can provide, will enable us to leverage the quality of our products and services. Most of all, this offer reflects the potential for future growth and improving performance, and is an endorsement of our turnaround strategy and our hard working people.”

“We are pleased the Board of Cobham has agreed unanimously to recommend the Acquisition of Cobham by Advent. We strongly believe in the importance and potential of Cobham’s businesses and look forward to bringing our long track record of successful stewardship of companies to ensure that Cobham flourishes under our ownership.”

You can read the full COB archive by clicking the EPIC code.