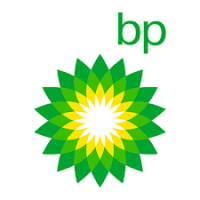 The Board of BP plc (LON: BP.) has announced today that, after a 40-year career with BP and over nine years as group chief executive, Bob Dudley, 64, has decided to step down as group chief executive and from the BP Board following delivery of the company’s 2019 full year results on 4 February 2020 and will retire on 31 March 2020.

The Board is also pleased to announce that Bernard Looney, 49, currently chief executive, Upstream, will succeed Dudley as group chief executive and join the BP Board on 5 February 2020. Looney will continue in his current role until this date.

“Bob has dedicated his whole career to the service of this industry. He was appointed chief executive at probably the most challenging time in BP’s history. During his tenure he has led the recovery from the Deepwater Horizon accident, rebuilt BP as a stronger, safer company and helped it re-earn its position as one of the leaders of the energy sector. This company – and indeed the whole industry – owes him a debt of gratitude.”

On Looney’s appointment, Lund added: “As the company charts its course through the energy transition this is a logical time for a change. Bernard has all the right qualities to lead us through this transformational era. He has deep experience in the energy sector, has risen through the ranks of BP, and has consistently delivered strong safety, operational and financial performance. He is an authentic, progressive leader, with a passion for purpose and people and a clear sense of what BP must do to thrive through the energy transition.”

“It has been the privilege of a lifetime to serve this company and work in this industry for the past four decades. I have worked with so many committed people from all over the world – both inside and outside BP – and I am enormously proud of all the things we have achieved together to provide energy for the world. Bernard is a terrific choice to lead the company next. He knows BP and our industry as well as anyone but is creative and not bound by traditional ways of working. I have no doubt that he will thoughtfully lead BP through the transition to a low carbon future.”

“It has been a great pleasure to work with Bob and it is an honour to succeed him as chief executive. I am humbled by the responsibility that is being entrusted to me by the Board and am truly excited about both the role and BP’s future. Our company has amazing people, tremendous assets, and a set of core values that guide our actions, but most of all we have a desire to be better. I look forward to tapping into that desire and building on the strong foundation that Bob has built as we meet society’s demand for cleaner, better energy.”

These decisions are the result of a comprehensive and deliberate search process, including consideration of a range of internal and external candidates. The process was led by Helge Lund, senior independent director Sir Ian Davis and remuneration committee chair Paula Rosput Reynolds, a working group of the Board’s nomination and governance committee.

· A biography of Bernard Looney can be found below.

· The company confirms there is no further information to be disclosed under the requirements of listing rule 9.6.13R in relation to Looney’s appointment.

· Details of arrangements for Dudley’s retirement and of Looney’s remuneration are:

In keeping with BP’s Remuneration Policy, Bernard Looney’s remuneration is designed to support the long-term interests of the Group. Key elements of his remuneration package include:

Bernard Looney has run BP’s Upstream business since April 2016 and has been a member of the company’s executive management team since November 2010.

As chief executive, Upstream, Bernard is responsible for all BP’s oil and gas exploration, development and production activities worldwide. The Upstream segment includes some 17,000 people operating across almost 30 countries and produces around 2.6 million barrels equivalent of oil and gas a day.

During his tenure, process and personal safety performance has improved by 35% and 20% respectively and production has grown by 20%, driven largely by 23 major project start-ups – delivered ahead of schedule and under budget.

He has led access into new countries, including Mauritania and Senegal, high-graded the portfolio with the acquisition of onshore US assets from BHP Billiton and the proposed sale of the Alaska business, and created innovative new business models such as Aker BP in Norway.

Bernard has encouraged BP to lead the industry on methane detection methods as well as driving sustainable emissions reductions of almost 3 million tonnes CO2 equivalent in the past two years.

Under his leadership, Bernard has made significant improvements in both gender and global diversity, with his top regional leadership team now being one-third women and one-third from outside the US/UK. He has also initiated a company-wide dialogue on mental health in hope of ‘ending the stigma’ associated with the issue.

In earlier Upstream executive roles, he was responsible for all BP-operated oil and gas production

worldwide and for all BP’s drilling and major project activity. He led the creation of central drilling and projects functions following the Deepwater Horizon accident.

Bernard joined BP in 1991 as a drilling engineer and worked in operational roles in the North Sea, Vietnam and the Gulf of Mexico, including as drilling engineer on the discovery of the giant Thunder Horse field. After a period in BP Alaska, he became head of the group chief executive’s office, working directly for BP chief executives Lord Browne and then Tony Hayward.

An Irish citizen, Bernard grew up in County Kerry and in 1991 gained a degree in Electrical Engineering from University College Dublin. He later, in 2005, gained a MS in Management from Stanford Graduate School of Business.

Bernard is a fellow of the Royal Academy of Engineering, a fellow of the Energy Institute and is also a mentor in the FTSE 100 Cross-Company Mentoring Executive Programme.