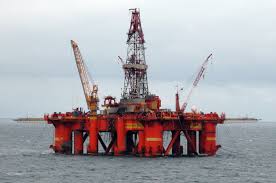 BP plc (LON:BP) has today announced its results for the fourth quarter and full year 201.

– Non-operating items in the quarter included a $1.9 billion after-tax impairment charge, mainly for the disposal of US gas assets, and a $0.9 billion charge arising from the reclassification of past foreign exchange losses on the formation of BP’s new biofuels joint venture.

– Gulf of Mexico oil spill payments for the year totalled $2.4 billion on a post-tax basis, and are expected to be less than $1 billion in 2020.

– Maintaining capital discipline, full-year organic capital expenditure of $15.2 billion was at the bottom of the guided range. Divestments and other disposals announced since the start of 2019 now total $9.4 billion, keeping BP ahead of schedule to meet its target of $10 billion proceeds by end-2020. BP expects to announce a further $5 billion of agreed disposals by mid-2021.

– A dividend of 10.5 cents per share was announced for the quarter, an increase of 2.4% on a year earlier.

– Downstream delivered full-year refining availability of 95% and record refining throughput for the second consecutive year. Upstream operated plant reliability was 94.4% for the year.

– Reported oil and gas production averaged 3.8 million barrels of oil equivalent a day in 2019, 2.7% higher than in 2018. Underlying full year Upstream production, which excludes both Rosneft and portfolio changes, was broadly flat with 2018.

– BP continued its expansion into fast-growing fuels markets during the year and agreed a major fuels joint venture with Reliance Industries Limited in India.

“BP is performing well, with safe and reliable operations, continued strategic progress and strong cash delivery. This all supports our commitment to growing distributions to shareholders over the long term and the dividend rise we announced today. After almost ten years, this is now my last quarter as CEO. In that time, we have achieved a huge amount together and I am proud to be handing over a safer and stronger BP to Bernard and his team. I am confident that under their leadership, BP will continue to successfully navigate the rapidly-changing energy landscape.”

For the full year, underlying replacement cost (RC) profit* was $9,990 million, compared with $12,723 million in 2018. Underlying RC profit is after adjusting RC profit* for a net charge for non-operating items* of $7,186 million and net favourable fair value accounting effects* of $711 million (both on a post-tax basis).

For the fourth quarter, underlying RC profit was $2,567 million, compared with $3,477 million in 2018. Underlying RC profit is after adjusting RC loss for a net charge for non-operating items of $3,142 million primarily divestment-related impairment charges (see Note 3 and page 27) and reclassification of past foreign exchange losses on the formation of the BP Bunge Bioenergia joint venture, as well as net favourable fair value accounting effects of $571 million (both on a post-tax basis).

The charge for depreciation, depletion and amortization was $4.4 billion in the quarter and $17.8 billion in the full year. In the same periods in 2018 it was $4.0 billion and $15.5 billion respectively (prior to the implementation of IFRS 16). In 2020, we expect the full-year charge to be slightly lower than the 2019 level reflecting impacts of divestments.

BP today announced a quarterly dividend of 10.5 cents per ordinary share ($0.63 per ADS), which is expected to be paid on 27 March 2020. The corresponding amount in sterling will be announced on 16 March 2020. See page 23 for more information.

a cost of $1,511 million (including fees and stamp duty) for the full year. In January 2020, the share buyback programme had fully offset the impact of scrip dilution since the third quarter 2017.

Operating cash flow excluding Gulf of Mexico oil spill payments* was $7.6 billion for the fourth quarter and $28.2 billion for the full year. These amounts include a working capital* build of $0.2 billion in the fourth quarter and a release of $0.3 billion in the full year, after adjusting for net inventory holding losses or gains* and working capital effects of the Gulf of Mexico oil spill. The comparable amounts for the same periods in 2018 were $7.1 billion and $26.1 billion (prior to the implementation of IFRS 16).

See page 30 and Glossary for further information on Gulf of Mexico oil spill cash flows and on working capital.

Organic capital expenditure* for the fourth quarter and full year was $4.0 billion and $15.2 billion respectively. We reported $4.4 billion and $15.1 billion for the same periods in 2018 (prior to the implementation of IFRS 16).

Divestment and other proceeds

“We continue to make strong progress on our divestment programme, with announced transactions totalling $9.4 billion since the start of 2019. We are ahead of our target of $10 billion of proceeds by end-2020, and now plan a further $5 billion of agreed disposals by mid-2021. Net debt fell $1 billion in the fourth quarter, and with further disposal proceeds expected, and assuming recent average oil prices, we continue to expect gearing to move towards the middle of the 20 to 30% range through this year. Together with the continued strong operational momentum, growing free cash flow, and our confidence in delivery of 2021 free cash flow targets, this underpins our announcement today of an increase in the dividend to 10.5 cents per ordinary share.”

* For items marked with an asterisk throughout this document, definitions are provided in the Glossary on page 32.

For more information on the impact of IFRS 16 ‘Leases’ on key financial metrics, see page 25.