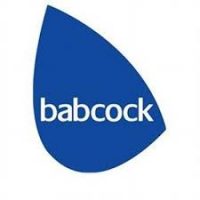 Underlying earnings expectations for the year remain unchanged as we continue to make good progress and grow our business across our three key markets of defence, aerial emergency services and nuclear.

Group underlying revenue for the year to be around £5.2 billion1, down from £5.36 billion last year. In addition to the major QEC contract step down and the disposal and exits from small non-core businesses already reported, there have been further disposals and exits in the second half as we continue to focus the business. Our Rail business has seen lower activity as we entered the transition period to our new contract earlier than expected, while our South African business has been impacted by delayed power station outages.

Group net debt continues to reduce and we expect our net debt2 to EBITDA3 ratio to reduce to around 1.4 times by the end of the year.

The UK exiting the EU has resulted in additional costs as we restructure our aerial emergency services businesses to comply with European operating requirements. There is a one-off tax cost of around
£10 million this year and we estimate that additional ongoing costs related to the operation of the new structures will be around £10 million per year.

Exceptional costs were outlined in our half year results and we now expect to incur two additional exceptional costs for this financial year. As explained above, restructuring the Group ahead of the UK exiting the European Union will result in a tax charge of around £10 million. As signalled in November, we expect a charge of around £30 million related to an adjustment to our pension liabilities to equalise guaranteed minimum pension benefits for men and women, following a High Court judgement on Lloyds Banking Group in October. The cash cost associated with the pension charge will be spread over the next six years and the tax charge will be paid in the next financial year.

Order book and pipeline remains strong at around £32 billion, consisting of a c.£18 billion order book and a c.£14 billion pipeline, which is c.£1 billion higher than last year end.

The 2019/20 financial year sees the completion of two of our largest contracts, QEC and Magnox, and the normalisation of the profit contribution from our Holdfast (RSME) joint venture. As highlighted at the half year results, the impact of these step downs, and continued business exits, is expected to reduce underlying revenue by around £400 million and underlying operating profit by around £40 million relative to the 2018/19 financial year. We are currently finalising our plans for next year and will provide further guidance in May alongside our full year results.

“The Group’s underlying earnings and cash generation outlook for the current year is unchanged. We continue to make good operational and strategic progress and won some great new contracts in the period including an expansion into the aerial emergency services market in North America, a significant win in Australia and securing the next ten years for our Rail business. Whilst preparing for the UK exiting the EU and for our QEC and Magnox contracts coming to an end, we continue to grow our business across our three key markets of defence, aerial emergency services and nuclear.”

We continue to see strong contract performance across our businesses. Highlights in the period include:

· Secured the international sale of a further eight of our patented ecoSMRT® liquid gas transportation systems, bringing the total sold to 21 systems

· Completed over 22,000 aerial emergency services missions across Europe since the start of October

The period also saw a good set of contract wins that reinforce our strategy. Highlights in the period include:

· An entry into aerial emergency services in North America with the award of a ten year contract for aerial firefighting in Manitoba, Canada. We will manage, maintain and operate Manitoba’s fleet of seven firefighting amphibious aircraft and provide three of our own aircraft

· In Australia, Naval Ship Management (50% JV) was appointed Asset Steward of the largest vessels in the Royal Australian Navy: two flagship Canberra Class Landing Helicopter Docks and their 12 associated amphibious landing crafts. Work will begin to sustain and support these vessels in July 2019 as part of a 15 year contract (five years plus two extensions) worth around AU$1.5 billion

· Our Rosyth facility will complete the first dry-dock maintenance of the aircraft carrier HMS Queen Elizabeth this spring, including a hull survey and maintenance of underwater systems

· We were selected as preferred bidder for the North Alliance (Scotland route) to deliver Network Rail’s CP6/CP7 track and rail systems contracts. This ten year contract (initial five years with an option to extend) is worth up to £1 billion over a ten year period, from August 2019 to 2029

Our FTSE Russell industry classification was changed in December 2018 from the Business Support Services to the Aerospace & Defence sector. We believe this reclassification provides a more accurate reflection of our business model and the markets we operate in.

As announced on 17 January 2019, Mike Turner CBE will step down as Chairman and as a director at the close of the Company’s Annual General Meeting in July this year. The Company’s Senior Independent Director, Professor Sir David Omand GCB, is leading the Board’s nominations committee in an orderly succession process and an announcement of a successor will be made in due course.

We will hold a Capital Markets Day in London on 5 June 2019. This will set out the details of the Group’s strategy, including the long term growth opportunities available to Babcock from our leadership positions in our three key markets of defence, aerial emergency services and nuclear. We will discuss our strategy in detail, including milestones and medium term financial targets, to deliver for our shareholders. The day will include presentations from our senior executive team.

You can read the full BAB archive by clicking the EPIC code.