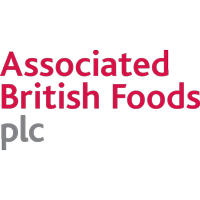 Associated British Foods plc (LON:ABP) issued the following update prior to entering the close period for its full year results for the 52 weeks to 15 September 2018, which are scheduled to be announced on 6 November 2018.

Our full year outlook for the group is unchanged with progress expected in adjusted operating profit and adjusted earnings per share. Strong profit performances this year from Primark, Grocery, Agriculture and Ingredients are expected to more than offset the adverse effect of lower EU sugar prices.

As previously explained, net interest expense will be lower than last year, following favourable interest rate movements affecting non-sterling denominated borrowings in Southern Africa, and the underlying tax rate will benefit from the reduction in the US federal corporate tax rate.

With two thirds of the group’s operating profit earned outside the UK, the strengthening of sterling against most of our trading currencies, other than the euro, will result in a loss on translation this year of some £20m. For the full year, US dollar weakness against the euro has had a favourable transactional effect on Primark’s largely dollar denominated purchases, particularly in the second half. The movement in sterling across the year resulted in the expected negative transactional effect in the first half moving to a favourable effect in the second half.

References to growth in the following commentary are based on constant currency unless stated otherwise.

The operating cash inflow will be lower than last year with the biggest factor being an increase in working capital in Sugar. Capital expenditure was ahead this year, driven by the sustained expansion in Primark as well as higher spend in the food businesses.

Grocery revenues are expected to be ahead of last year and adjusted operating profit to be well ahead, driven by growth in Twinings Ovaltine, improved margin at George Weston Foods and the first year of contribution from Acetum.

Profit made excellent progress at Twinings Ovaltine. Ovaltine revenue growth was especially strong, led by the brand’s largest markets: Thailand where growth was achieved in both ready-to-drink and powder and Switzerland, due to the success of new product launches and increased distribution. In addition, good sales growth was achieved in other markets, including China, Brazil, Nigeria and Vietnam. The Twinings brand benefited from new launches in the herbal tea segment in the UK, USA, Australia and Italy.

At Allied Bakeries, some progress has been made to reduce the operating loss through cost reduction programmes and price increases. Against a background of a continued increase in the market share of private label bread, investments in the Kingsmill and Allinsons brands have included new product launches for Super Seeds and premium craft loaves. Speedibake opened an expanded doughnut facility in the year and continued its focus on cost control. Wheat prices increased significantly over the summer as a consequence of a reduction in global production. The impact of this on our costs will be reflected in our ongoing discussions with our customers.

Acetum, the Modena-based balsamic vinegar business acquired last October, is progressing well. We have focused on continued international expansion, further development of the Mazzetti brand, and on price increases to cover inflation of grape must prices following a poor European grape harvest in 2017.

As previously explained, AB Sugar’s revenue and adjusted operating profit will be well down on last year due primarily to significantly lower EU prices adversely affecting our UK and Spanish businesses. The profitability of our successful African business, Illovo, will be maintained.

The global supply of sugar has moved into surplus and the world market sugar price has reduced. The EU sugar regime ended in October 2017, removing sales quotas and constraints on exports. As a result of substantially higher EU sugar production in 2017/18, through increased crop area and beet yields, EU prices have fallen faster and more significantly than expected and are now more closely related to these lower world market prices. For our next financial year, the current level of EU sugar prices would represent a substantial reduction on those achieved this year. The effect of these lower prices on our UK and Spanish businesses will be only partially offset by continuing performance improvement initiatives and, as previously advised, the profit at AB Sugar will be significantly lower than that achieved this year.

In the UK, sugar production increased considerably to 1.37 million tonnes. Next year’s production is expected to be much lower, driven by reduced beet yields as a consequence of late drilling, due to wet spring weather followed by the unusually dry summer.

In Spain, beet sugar production is expected to be slightly ahead of last year at 0.4 million tonnes. For the 2018/19 campaign recent rainfall has dispelled earlier concerns around water availability.

Sugar production at Illovo is expected to increase to 1.7 million tonnes, driven by favourable weather conditions and improved irrigation and crop management, with profitability maintained. In China, our two factories at Zhangbei and Qianqi completed an excellent campaign. Major success in further mechanising agricultural operations and the adoption of better beet storage methods has improved beet quality and we will deliver a much higher operating profit for the year.

We have announced our proposal to shut down operations at the Vivergo bioethanol plant in Hull. The current market conditions, particularly high wheat costs and low bioethanol prices, have made the operation even more uneconomic and we do not see these conditions improving for the foreseeable future. An exceptional charge will be taken this financial year.

AB Agri revenues will be well ahead of last year, with growth in all businesses, with a consequent increase in operating profit.

In the UK, compound feed and premix sales have been driven by higher commodity costs, a larger sugar beet crop and a successful first full year operation from our anaerobic digestion plant. While the operating profit at Frontier was held back by limited grain trading opportunities, the crop inputs business continued to develop to deliver a record performance.

Ingredients’ revenues will be ahead of last year and operating profit will again be well ahead with a further increase in margin.

AB Mauri delivered another year of growth in both yeast and bakery ingredients. North America benefited from a full year of ownership of the Speciality Blending business acquired in 2017, cost reductions in yeast manufacturing and sustained growth in bakery ingredients. Our Latin American businesses have grown despite ongoing economic difficulties and competitive pressures. The operation in Argentina opened its new bakery ingredients plant in Lanus in the year. Trading performance in EMEA continued to be strong and further investments were made in research and development.

ABF Ingredients will deliver strong progress again this year. In our enzymes businesses, growth continued in products serving the bakery, pulp and paper and detergent markets, and benefited from innovation and investment in production capacity at Rajamaki, Finland. Our US protein extrusion business continued to develop its sales of protein crisps which are used in the rapidly expanding health bar and gluten free segments in the US.

Sales at Primark for the full year are expected to be 5.5% ahead of last year at constant currency, driven by increased selling space offset by a 2% decline in like-for-like sales. At actual exchange rates sales are expected to be 6% ahead.

Primark has performed well in the UK, where full year sales are expected to be 6% ahead of last year, and our share of the clothing market has increased significantly. Like-for-like growth for the full year is expected to be 1.5% driven by a strong first half and a second half performance in line with an exceptionally strong second half last year. Spain, Portugal and our first four stores in Italy delivered very strong sales growth in the year. Like-for-like sales for the Primark group were held back by a like-for-like sales decline in northern Europe where the unseasonable weather during three periods this year led to difficult retail conditions but, despite this, sales in northern Europe were well ahead of last year driven by increased selling space. Early trading of the new autumn/winter range has been encouraging.

In the US we opened a new store in Brooklyn in July, which is our ninth store there. We continue to optimise our US operating model and, as previously advised, selling space was reduced at existing stores in Freehold and Danbury in May 2018. We have been encouraged by the trading of these stores and the consequent benefit to store profitability.

Operating margin in the first half was 9.8%, down from 10% in the same period last year, due to the adverse effect of the US dollar exchange rate on purchases. As expected, margin in the second half will be well ahead of the first half and last year driven by the benefit of the weakening of the US dollar exchange rate on purchases and by better buying. Following a very successful sell through of our summer ranges the level of markdowns in the second half was lower than expected, although above the unusually low level in the comparative period last year. Operating margin for the full year will be approximately 11% compared to 10.4% in the prior year.

Looking ahead to next year, forward exchange contracts have been secured against all merchandise for autumn/winter. Assuming that spring/summer is secured at current exchange rates we would expect the operating margin in Primark to be in line with this year at 11%. However, the exchange rate applicable to sales in the second half will be sensitive to sterling exchange rate volatility which is likely to arise given a period of intense Brexit negotiations.

Retail selling space increased by 0.9 million sq ft this year with 15 net new store openings. This brings the total estate to 360 stores trading from 14.8 million sq ft compared to 13.9 million sq ft a year ago. Five stores were added in Germany; four in the UK; two in France and one each in Portugal, Belgium, Spain, Netherlands and the US. A small store at Lisnagelvin, Londonderry, in Northern Ireland was closed and selling space in the US stores in Freehold and Danbury was reduced.

The Primark store in central Belfast was sadly destroyed by fire in August. All staff and customers were quickly and safely evacuated from the building. The replacement cost of the building and resulting business interruption is insured.

In the next financial year we are planning over 1 million sq ft of additional selling space, with more than 0.5m sq ft being added in the first half. Germany, France, Spain and the UK will see the most space added and overall we will open 14 new stores. We will move to new premises at Birmingham Pavilions which, at 160,000 sq ft, will become our largest store in the whole estate. Other large new stores will be in Berlin in Germany; Toulouse and Bordeaux in France; Seville and Almeria in Spain; Brussels in Belgium; Utrecht in the Netherlands; and Milton Keynes in the UK. Our first store in Slovenia will open in 2019 in Ljubljana, taking Primark to its twelfth country.