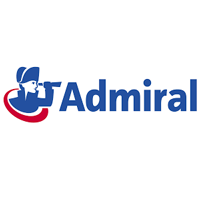 *1Alternative Performance Measures – refer to the end of the report for definition and explanation.

Around 10,000 staff receive free shares worth up to £1,800 under the employee share scheme based on the interim 2019 results.

If it’s a can’t-put-down, read-in-one-go page-turner that you’re after, then I’m afraid our half-year results don’t fit the bill. Frankly, they are a bit dull. Turnover up mid-single digits, profit up low-single digits. Hardly “hold the front page”.

However, for dedicated aficionados who look behind the headlines, there’s some reward for reading on. Profit growth, even if modest, is more exciting considering the £33 million Ogden headwind. Low growth in UK Motor policy count reflects a consciously reduced competitiveness, as we price rationally in the face of any rising claims costs across the market as a whole.

And potentially lost amidst the worthy tome that is the UK, there’s the racier continental novella that is the European insurance business which has delivered another profitable half year whilst adding a record 209,000 customers over the last year (and 125,000 over the last six months alone).

Plus, there’s a chapter devoted to Admiral’s emerging Loans business – not the fully finished article, but an encouraging debut from a young talent.

*1 Alternative Performance Measures – refer to the end of the report for definition and explanation.
*2 See notes 13b and 13c for a reconciliation of reported loss and expense ratios to the financial statements.

Key highlights for the Group results in H1 2019 include:

The Group’s dividend policy is to pay 65% of post-tax profits as a normal dividend and to pay a further special dividend comprising earnings not required to be held in the Group for solvency or buffers.

The Board has declared a total interim dividend of 63.0 pence per share (approximately £180 million), split as follows:

The Group maintained a strong solvency ratio at 190% (post-dividend), which has reduced from 194% at 31 December 2018. Both Own Funds and the SCR increased in the period, with the SCR increase reflecting the one-off change in treatment resulting from the implementation of IFRS 16, the new leases accounting standard, and an increase in the capital requirement for the Loans business.

The Group’s results are presented in the following sections:

Highlights for the UK insurance business for H1 2019 include:

UK Motor profit was broadly flat for the first six months of 2019 at £251.7 million (H1 2018: £249.5 million). Whilst the reported combined ratio rose to 86.5% (H1 2018: 78.2%), this was offset by a higher level of claims reserve releases from commuted reinsurance and profit commission. Net other revenue was also broadly consistent with the prior period, though includes a number of offsetting movements.

Highlights for the period were as follows:

Notable claims trends for the market in the first half of 2019 include slightly higher overall frequency, a flattening out in injury claims frequency and continuing elevated levels of damage claims costs primarily as a result of advances in technology.  Admiral experienced similar overall claims inflation to the market. Large bodily injury claims experience (in terms of frequency and total cost) for Admiral was more favourable in H1 2019 than in 2018.

The Group continues to reserve conservatively, setting claims reserves in the financial statements significantly above actuarial best estimates to create a margin held to allow for unforeseen adverse development.

As noted above, the Group experienced continued positive development of claims costs on previous accident years and this led to another significant release of reserves in the financial statements in the period (£50.0 million on Admiral’s original net share net of the adverse impact of Ogden, H1 2018: £56.5 million). The margin held in reserves remains prudent and at a consistent level to 31 December 2018.

Following the recent announcement by the UK Government, the Ogden discount rate which is used in setting personal injury compensation, was changed to minus 0.25% from the existing minus 0.75% rate that had been in place since February 2017. The change came into effect on 5 August 2019 and the minus 0.25% rate is likely to remain in place for the next five years.

The minus 0.25% rate is 25 basis points lower than the assumed rate of 0% that was used in setting best estimate claims reserves at 31 December 2018.

The total impact of the new Ogden rate on profit is expected to be approximately £50-60 million. The current period impact on profit is £33.3 million and is shown through higher claims incurred and lower profit commission. The remaining amount is expected to flow through in future periods through recognition of unearned premium and lower profit commission.

Admiral makes significant use of proportional risk sharing agreements, where insurers outside the Group underwrite a majority of the risk generated, either through co-insurance or quota share reinsurance contracts. The Group’s net retained share of that business is 22%. These arrangements include profit commission terms which allow Admiral to retain a significant portion of the profit generated. The proportional co- and reinsurance arrangements in place for the motor business are the same as those reported in the 2018 Annual Report and will continue into 2020.

In H1 2019 profit commission of £35.0 million was recognised, increased from £30.8 million in the prior period. If reserve releases from business that was originally ceded under quota share reinsurance contracts that have since been commuted are added to profit commission, the total for H1 2019 is £87.8 million compared to £66.0 million in H1 2018, an increase of 33%. This increase is due to positive development on prior underwriting years and a reduced loss on commutation.

You can read the full ADM archive by clicking the EPIC code.