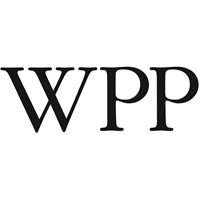 John is currently Chief Executive Officer of Sainsbury’s Argos, where he has overseen the digital transformation of one of the UK’s leading technology-driven businesses. Today around 65 percent of the company’s sales are online, via the UK’s third most visited retail website.

Previous roles with J Sainsbury plc include Property Director, Director of Group Finance and Director of Corporate Finance. He was Group Finance Director of Hanover Acceptances Ltd and has held senior positions with Monitor Company (now Deloitte) and Arthur Andersen.

John has worked in China, India, Japan, South Africa and the USA, and throughout Europe. He is a member of the Sainsbury’s Bank plc board, a non-executive director of Travis Perkins plc and a member of The Prince’s Accounting for Sustainability Advisory Council. He also sits on the Retail Sector Council, which acts as a point of liaison between the UK Government and retail sector.

John will join WPP in early 2020, when he will also become a member of the Board. He succeeds Group Finance Director Paul Richardson, who as previously announced is retiring from the company.

“John is not only an accomplished CFO, but also a leader with extensive experience of business transformation. His priority will be to lead a finance function that best fosters investment in creativity, technology and talent in support of WPP’s new strategy for growth.”

“I would like to thank Paul for his tremendous contribution over more than two decades with the company, and for his part in making WPP the world leader it is today.”

“I am really excited to be joining WPP as it embarks on the next stage of its evolution. As a technology-driven business with creativity at its heart, joining WPP was an opportunity impossible to resist and I look forward to playing my part in helping the business deliver its new strategy.”

John Rogers will be paid in accordance with the Compensation Policy approved by share owners on 7 June 2017, as set out in the 2016 Annual Report.

· Annual bonus of up to 225% of salary with mandatory deferral of at least 50% of bonus into shares deferred for a two-year period.

· LTIP award of 300% of salary. Performance will be measured over a five-year period using measures in line with our Compensation Policy.

· A cash allowance of 10% of salary in lieu of pension.

· A benefits allowance of £30,000 per annum to cover health, risk and other benefits.

· Compensation of equivalent value and form for share-based and cash incentives that will be forfeited on his departure from Sainsbury’s.

His contract of employment contains restrictive covenants including an industry non-compete, a non-deal with clients and a non-poach and non-employ of key WPP individuals.

This announcement contains inside information.

The person responsible for arranging the release of this announcement on behalf of WPP is Marie Capes, Company Secretary.

You can read the full WPP archive by clicking the EPIC code.