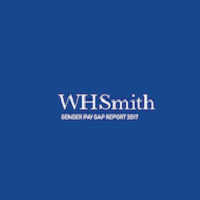 WH Smith PLC (LON: SMWH) has announced a proposed placing of new ordinary shares in the Group to institutional investors to raise gross proceeds of approximately £155 million, representing approximately 7% of WH Smith’s existing share capital as at the closing price on 16 October 2019. The Placing is being conducted through an accelerated bookbuild which will be launched immediately following release of this announcement. Barclays Bank PLC and J.P. Morgan Securities plc, which conducts its UK investment banking activities as J.P. Morgan Cazenove, are acting as Joint Bookrunners in connection with the Placing.

As announced separately today, WH Smith has agreed to acquire Marshall Retail Group, a leading and fast growing US travel retailer, for $400 million (approximately £312 million)1,2 on a cash and debt-free basis.

The net proceeds of the Placing are intended to be used to part fund the Transaction.

· Compelling opportunity to accelerate the growth of WH Smith’s International Travel business in the $3.2 billion3 US airport travel retail market

· Fast growing and highly successful US travel retailer with proven business model and unique capabilities across its airport, resorts and tourist retail channels

· The combination with WH Smith’s existing operations, including InMotion, will strengthen the Group’s International Travel offering

· 2019E EBITDA of c.$31.5 million5, which does not fully reflect contribution from stores opened year-to-date

· 36 awarded stores expected to open between 2020E and 2024E, of which 24 are expected to be opened next year, providing clear visibility into future growth6

· Approximately £155 million to be raised through an underwritten equity placing

· Remaining consideration to be financed through a new debt facility

· Return to below target leverage of 1.25x expected by the end of WH Smith’s first full financial year following Completion

· The Transaction will require shareholder approval, with the Circular convening the General Meeting expected to be published by the end of November 2019

· Completion expected in the first quarter of the 2020 calendar year

The size of the Transaction means that it constitutes a Class 1 transaction for the purposes of the Listing Rules and accordingly is conditional on the approval of Shareholders at a General Meeting.

A circular containing further details of the Transaction, the Directors’ recommendation, the notice of the General Meeting and the Resolution is expected to be published by the end of November 2019.

The completion of the Transaction is subject to a number of customary conditions, including consent from certain store landlords (which may be waived by WH Smith) and US HSR regulatory approval. The Transaction is expected to complete in the first quarter of the 2020 calendar year.

The Placing is not conditional upon completion of the Transaction. If one or more conditions to the Transaction are not satisfied and Completion does not occur, proceeds will be returned to Shareholders in an efficient manner.

Barclays and J.P. Morgan Cazenove will commence a bookbuilding process in respect of the Placing. The book will open with immediate effect.

The Placing has been fully underwritten by Barclays and J.P. Morgan Cazenove subject to the conditions and termination rights set out in the placing agreement between WH Smith and the Joint Bookrunners.

The Placing is subject to terms and conditions. Members of the public are not entitled to participate in the Placing.

Applications will be made for the Placing Shares to be admitted to the premium listing segment of the Official List of the Financial Conduct Authority and to trading on the main market for listed securities of the London Stock Exchange plc. It is expected that Admission will take place at or around 8.00 a.m. (London time) on 21 October 2019 (or such later date as may be agreed between the Group and the Joint Bookrunners). The Placing is conditional upon, inter alia, Admission becoming effective. The Placing is also conditional upon the Placing and Sponsor’s Agreement not being terminated in accordance with its terms.

· Today, we announced an agreement to acquire Marshall Retail Group, a leading US travel retailer

· InMotion integration now complete; performance ahead of our initial expectations

· First WH Smith stores won in a major US airport

** Non-underlying costs* in the year relate to the acquisition of InMotion and completion of the review in High Street announced in October 2018.

“The Group has delivered another strong performance.

“In our Travel business, we continue to see strong sales growth, up 22%, driven by our UK store investment programme and our expanding international business. Profit for the year, in Travel, was up 14%.

“Internationally we have won a record number of units in the year, including significant wins in the Middle East, Australia and Europe and, more recently, our first WH Smith win in a major US airport. We now have 433 units open internationally, across 30 countries and over 100 airports.

“In our High Street business, we have delivered another good performance. We continue to focus on improving our Stationery offer and this remains our key area of investment. As a result, we delivered a strong ‘Back to School’ period with good growth across many product categories.

“In addition, today we are delighted to announce that we have signed an agreement to acquire Marshall Retail Group, a leading travel retailer in the US. This builds further on our acquisition of InMotion last year and significantly strengthens our growth prospects in the US, the world’s largest travel retail market.

“The Board has proposed an 8% increase in the final dividend reflecting the Group’s cash generation and our confidence in the future prospects of the Group.

“While there is uncertainty in the broader economic and political environment, we are pleased with the start to the new financial year in both businesses. Looking ahead, the Group will continue to focus on profitable growth, cash generation and delivering value for shareholders.

“Finally, as this is my last set of results before leaving at the end of this month, I would like to express my sincere gratitude to all the great people across our business for their hard work and commitment which has made WH Smith such a success over recent years. WH Smith is a great business in very good shape and I have every confidence in Carl Cowling and the team to continue to deliver the strategy that has served us so well.”

You can read the full SMWH archive by clicking the EPIC code.