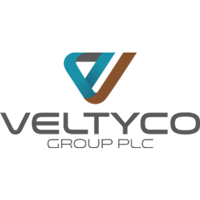 Veltyco Group plc (LON: VLTY), the online marketing and operating company for the gaming industry, today provided an update on its receivable position and operations.

As detailed in the Company’s interims, announced on 28 September 2018, taking into account trading since 30 June 2018, the Group’s trade receivable balance and accrued income for August 2018, as at 21 September 2018, amounted to €10.7 million, of which €9.4 million related to the Group’s online financial trading marketing activities.

Taking into account accrued income for September 2018, as at 20 November 2018, the Group’s trade receivable balance amounted to €10.6 million, of which €9.1 million related to the Group’s online financial trading marketing activities.

The Group continues to struggle with cash collection in the online financial trading marketing vertical and since 21 September 2018, the Group has received €300,000 from Altair Entertainment N.V. in respect of the September monthly payment and €50,000 from Celestial Trading Limited. However, Altair’s monthly payment in respect of October has not been yet been received. As a result, the Group has also now reduced marketing activities in this vertical to zero as it seeks to reduce its receivable balance and transition revenues to its own regulated brand, which, as set out below, is expected to be launched in December 2018. Given the ongoing issues regarding the reduction of this receivable balance and the decision to cease further investment in the financial trading marketing vertical, the Board of Veltyco will need to consider the potential impairment of the receivable balances and intangible assets attributable to this vertical.

Of the Group’s outstanding receivable balance of €10.6 million as at 20 November 2018, €6.7 million is due from Celestial, of which €1.5 million relates to activities in 2017 and €5.2 million relates to activities in 2018 (with €4.7 million being overdue and €0.5 million being within current payment terms), €2.5 million is due from Altair, with the remainder of the balance, being €1.4 million, relating predominately to the Group’s lottery vertical.

As at 16 November 2018, Veltyco Group plc had a cash position of approximately €0.6 million. If the Company is unable to increase its overall cash position, its ability to provide the level of marketing spend to support the launch of its own regulated online financial trading brand, which is, subject (among other things) to customary regulatory approvals, expected to be launched in December 2018, will be impacted. This will in turn have an impact on the growth and revenue generation of the Group’s regulated brand following its launch.

Trading in the Group’s sportsbook and casino vertical remains in line with management expectations.